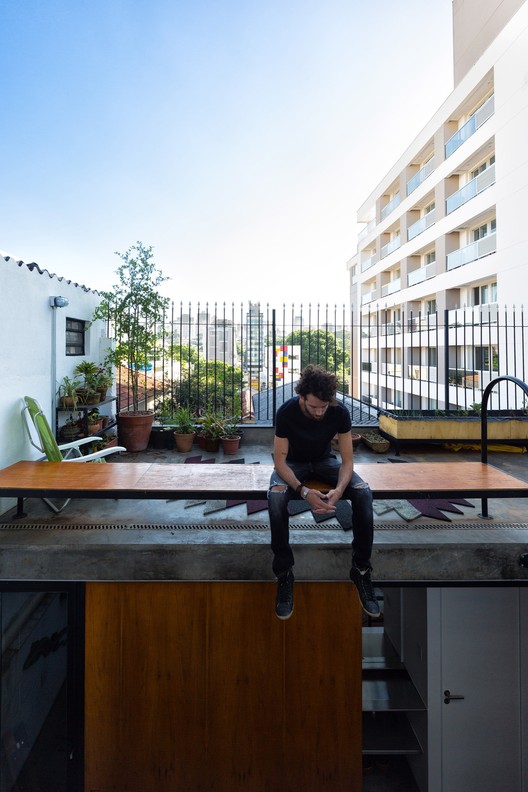 Text description provided by the architects. There were two young friends who bought an apartment on the ground floor of a building in Vila Madalena neighborhood. Although life there is intense, it keeps some bucolic aspects of São Paulo residential neighborhoods.

They started often having young people like them, some Brazilian and some foreigners, as guests in the small room in the back for a short while. Then they noticed that they could use the room to receive guests with much more comfort.

The name “Puxadinho” was chosen because it refers to a kind of informal building very common in Brazilian cities and, simultaneously, it was a nice way of identifying the peculiar feature of the building, enclosed to the previously existing one.

The challenges for the project and for the undertaking were, at first, the very limited budget, besides the small space and difficult access to the building site.

The first step was to demolish the existing building, a very unsteady one, and to create two rooms and a bathroom which could be used separately or together, therefore, extending the capacity of the area.

However, throughout the process, it was possible to identify the opportunity to extend the social areas while the bedrooms were not used by guests and the possibility of using the rooftop to grow plants and as a leisure and sunbathing area.

The door was a key solution adopted to create the new intended dynamics.

In literature or in philosophy, doors usually have a metaphoric meaning that connects them to several possibilities in the future or to the closing of opportunities. In the dictionary entry, doors are meant to show entrance or define exits.

But it is not the case of Puxadinho: there it is the main element, accountable for the flexibility of different spaces, extending or restricting them, however always establishing several levels of integration among the social areas and the private spaces.

The rooftop, which extended the external area to the upstairs level, besides offering a privileged view of the city, incorporates the other previously designed uses.

The construction system consisted on the use of concrete molded lattice panel slabs supported on a brick layered concrete block structure. This system enabled a cheap, fast and effective construction for a narrow space with difficult access. Whereas the window frames, as well as the stairs and the benches were made of metal work and carpentry.

The touch of sustainability that gives the project another aspect of modernity is the fact that all the rainfall water drained from the rooftop is directed to a cistern, thus enabling its use for cleaning the external area and for watering the plants.

When concepts of flexibility, sustainability and modernity are added to the intervention in the original space that gave birth to the dream of young friends and to the Puxadinho project, it also gives a new meaning to the concept of this peculiar kind of informal construction so common in the Brazilian reality. 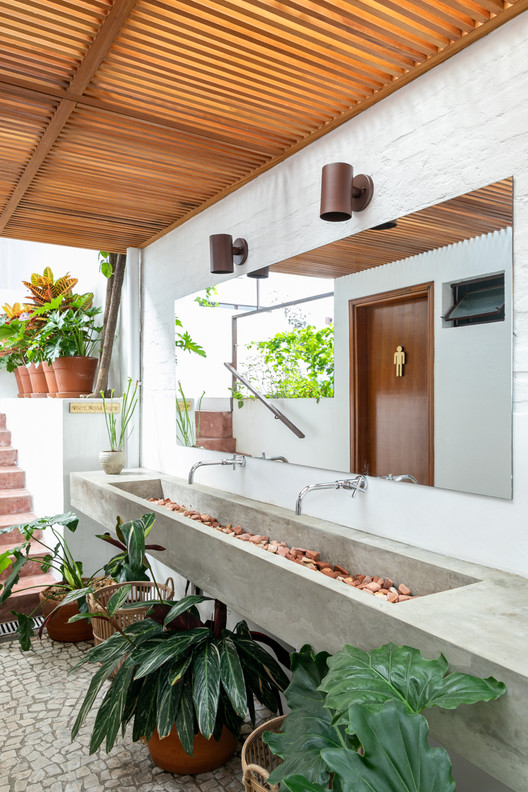