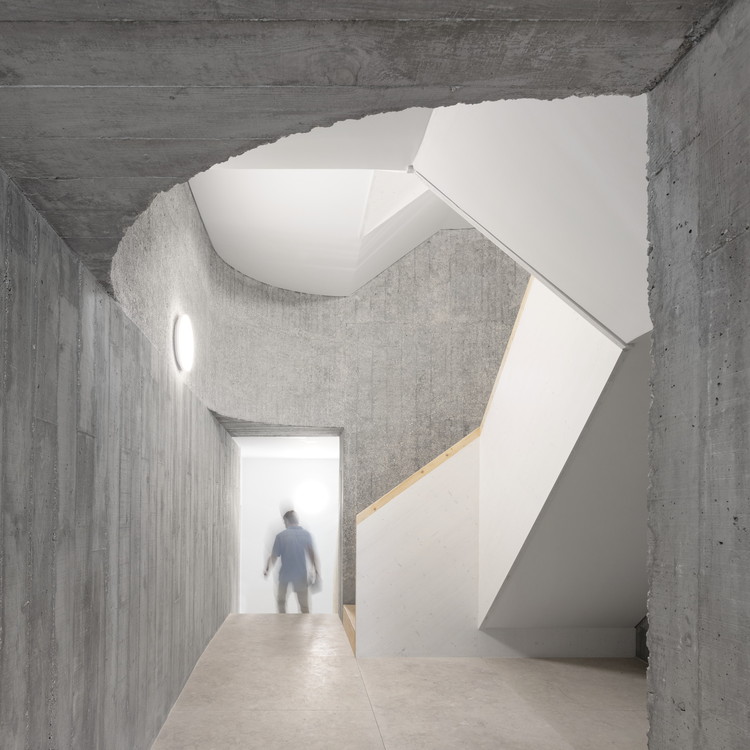 Text description provided by the architects. In March 2014, when its rehabilitation works were almost finished, this building burned down. It was a fine bourgeois apartment building from the beginning of the 20th century, with some large flats over 330sqm and 4m high ceilings.

The fire destroyed almost everything but the façades and the ground floor, which was already reinforced with a thick concrete slab preventing eventual fire to pass from the parking to the other floors. The stone pavement of the main entrance, where a double symmetrical stair existed, also survived the fire. The steel structure of the terraces (not yet assembled on site) and the old wooden doors and shutters were preserved as they were stored outside the building.

Because structural reinforcement on the ground floor was already done under the position of the ancient walls, it turned out to be a “footprint” which had to be used in the upper new partition walls.  In that way, the new plan incorporates the old plan.

As in the original building, the project laid out an apartment per floor, using the groundfloor for car parking. The floor plans are similar, except for the upper floor which is the occupation of the attic and therefore has different exterior windows and gets a more “lofty” feel to it. The 1st and 2nd floors each enjoy a private garden on the rear façade while the others enjoy a terrace.

The new project had to be very pragmatic, using the most common and inexpensive materials available in the market, and reusing everything possible. It was also decided that all surviving elements should be maintained because of their cultural value but also because of their inherent value.

The old doors preserved from the fire were reused as cladding for the entrance walls of the building and the old stone pavement was maintained as memorial of the pre-existing interior.

Concrete structure, the most affordable structural system availabre, was the solution chosen and it was decided that it should be assumed on the main entrance, stairs, apartments’ social areas and rear façade terraces.

The stairs were designed with a peripheral hammered concrete wall which contrasts with the soft, comfortable texture of the wooden steps and guard.

Inside the apartments the living and dining rooms have their ceilings in cast concrete with a diagonal wooden clapboards texture mirroring the floor design.

In a simpler design, clapboards are also imprinted in terrace and entrance hall ceilings.

The walls at the center core of the apartments, are surfaced with wood panels colored with white velaturas that preserve its texture. Full height sliding doors articulate the working, living, cooking and dining rooms.

For the large terraces, diamond shaped cement tiles were designed reinventing the old floors of the building. On bathrooms and kitchens, the Lisbon current “beige” stone “Lioz” was used.

The huge art nouveau windows on the main façade were redesigned with a very slender steel frame.

The main goal of the project was to preserve the bourgeois and luxurious character of the former apartment building while updating it in a contemporary way through the sensible and sober use of scale, design and materiality. 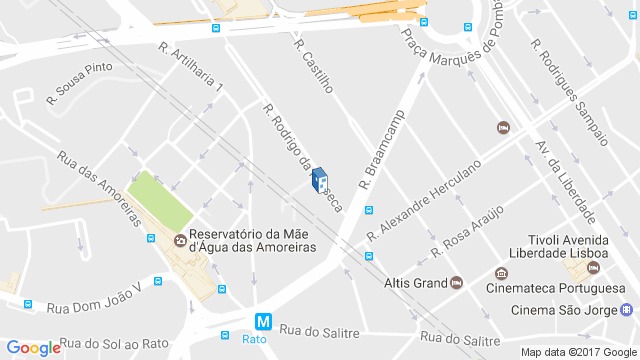 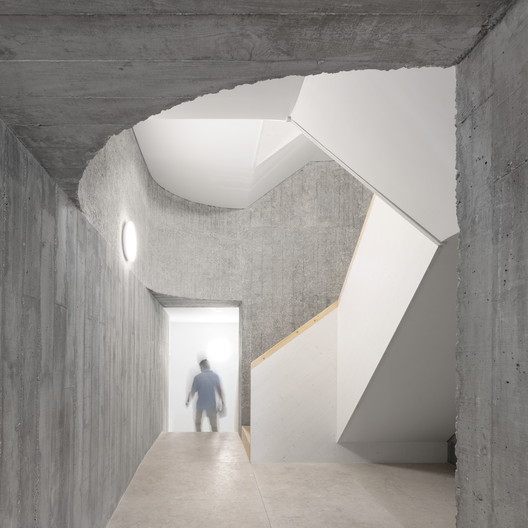