Save
House with Bricks / Martín Aloras 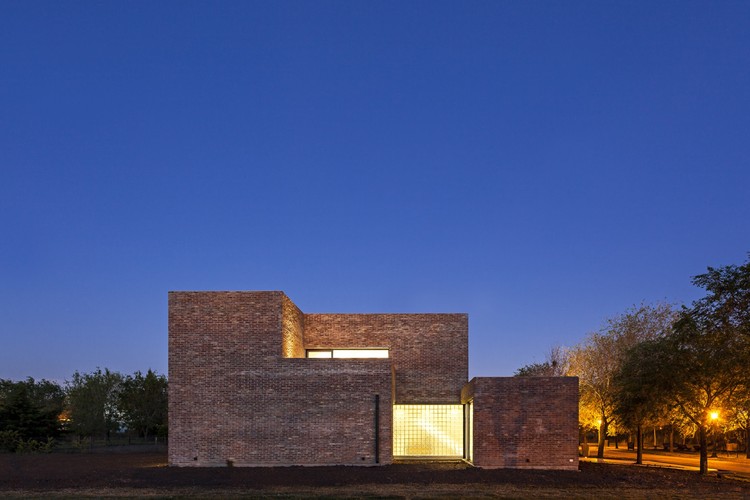 Text description provided by the architects. From Golf Aldea Private Neighbourhood, outside the City of Rosario, we received the assignment of a family house that included certain requirements such as a big gallery, some hermeticism with respect to the street and the possibility of a future expansion that would host the main bedroom.

The land dimensions, similar to those of the ML House designed in our studio, invite us to take it to the next level and to, once again, set out a compact mass controlled by a structural sequence and shifts, but, at this time, in both directions.

The fact that the edge is next to the square of the place, invites us to generate an empty space so as to include the square into the project, and right there we open an “eye” that will take a look at the children of the residents while they play.

The bedrooms package advances towards the end of the plot to make room to that half-covered big space requested to us, and also to a series of indoor patios.


These movements radically dominate and demand the structure that, in this occasion, not only hides in a surface made of bricks in search of a larger tectonics relation with the neighborhood, but also breaks the constructive logic in a playful way.


The decision of the material that would be used also honours the work of the Architect Marcelo Villafañe, carried out close to the plot. 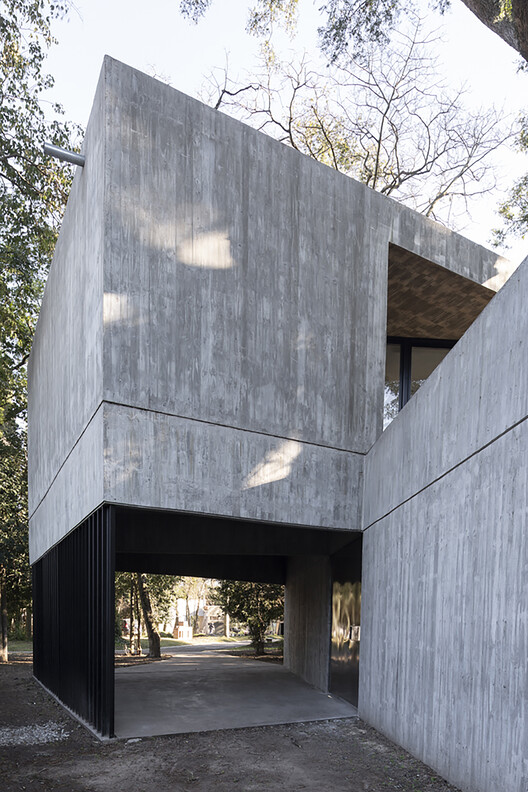