Save
NS24 Rain Water Deposit in Sweden / ON Arkitekter 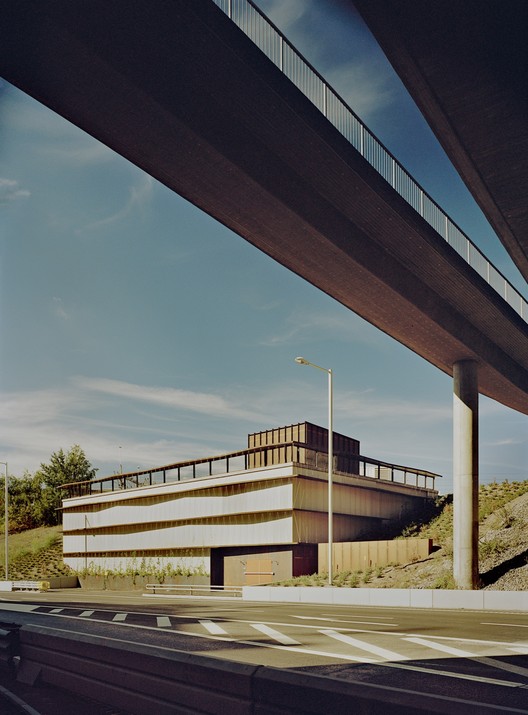 Text description provided by the architects. Trafikverket (the National Transportation Authority) had to increase the drainage capacity for the motorway and therefore needed to construct a depository where rain water from the road is contained and purified before it is released and led to lake Mälaren.

Conditions
NS24 is different from most other rain water depositories in the sense that it is placed above ground, in a slope. It is clearly visible from the surroundings, not least from Rörstrandsgatan in Stockholm. Therefore, the city of Stockholm made strict claims regarding the design of the building.

Design
The façade panels are mounted between horizontal belts of weathering steel with slightly angled frontal edges and contours which vary from floor to floor. Planting wires are taut between the belts, forming an irregular surface where plants will spread out to form a green outer layer at a small distance from the facade. The plants are irrigated by purified water from the depository. 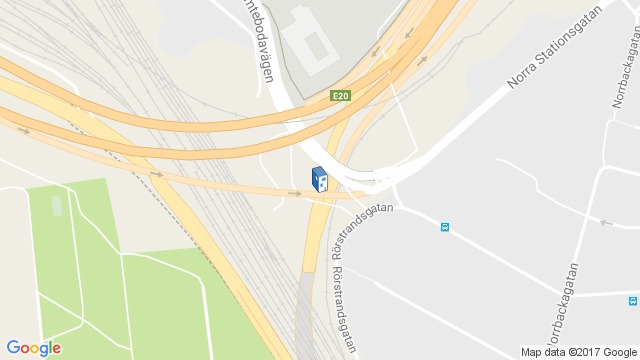