Save
A Glimpse of the Forward-Thinking, Humorous Work of Cedric Price
Share
Or
Copy

Samantha Hardingham's recently-published work, A Forward-Minded Retrospective: Cedric Price Works—1953-2003, traces the architect's career through a comprehensive collection of his drawings and renders. The exhaustive two-volume work acknowledges Cedric Price not just as the entertaining novelty he is often regarded as, but as a great mind who was ahead of his time. While the vast majority of work produced during his lifetime was never built, Hardingham draws out the radical genius behind such projects as the hybrid office complex-highway "Officebar," a zoo restaurant whose column-less interior paved the way for its later conversion to a giraffe habitat, and many others—built and unbuilt.

In addition to the uncanny future forecasting expressed in many of Price's works, they are also known for serving as inspiration for the functionalist designs of Renzo Piano and Richard Rogers, making them necessary to a complete understanding of the modern architectural canon. In an article on Metropolis Magazine, Samuel Medina takes a whistle-stop tour of some of the most intriguing works presented in Hardingham's new book.

You can see the selection of Price's projects and the stories that accompany them at Metropolis Magazine here. 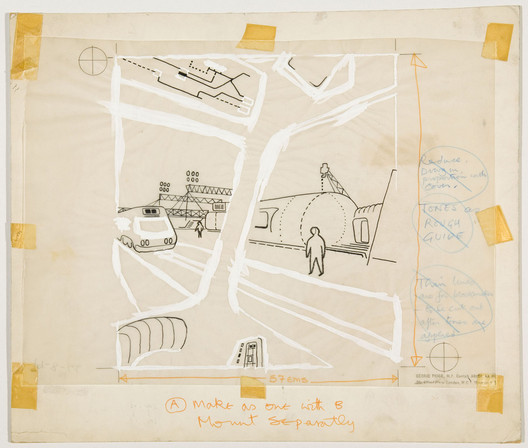