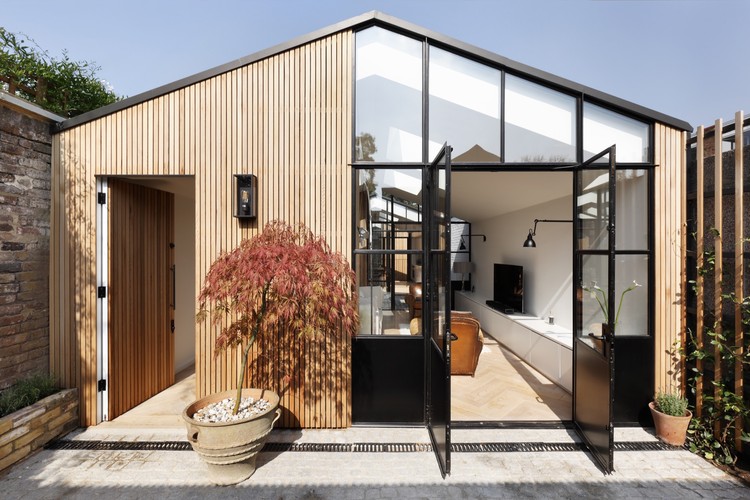 Text description provided by the architects. The client's brief was to demolish an existing single-storey storage garage and construct a new two bedroom house in an awkward space between rear terraced gardens and a row of 16 garages in West London.

To respect the tight planning constraints of the site the concept was to create three external courtyard spaces around the original form of the garage that would help bring light deep into the proposed plan. It was not possible to place windows in the boundary walls, so skylights were positioned above each family space.

The first courtyard was sunk down to create a new basement level, which would house the second bedroom, ensuite and plant room.  Above, on the ground floor, the courtyard separates the private bedrooms from the family spaces in the new house.

As we moved forward through the design, the second courtyard separates the kitchen and the living room, bringing light and air into the middle of the house. During the Summer months, the client has the ability to open up the series of crittall doors to create one large family space.

The third courtyard separates the house from the front driveway, creating a storage unit for bikes, bins and housing for the ASHP. The boundary acts as a point of departure from West London, as you step through the cedar-clad threshold into the private residence.

The material palette was kept simple to allow the different spaces to flow into each other, using off white walls, cedar battens and oak parquet flooring. The spaces were then framed by the black crittall style windows and doors. 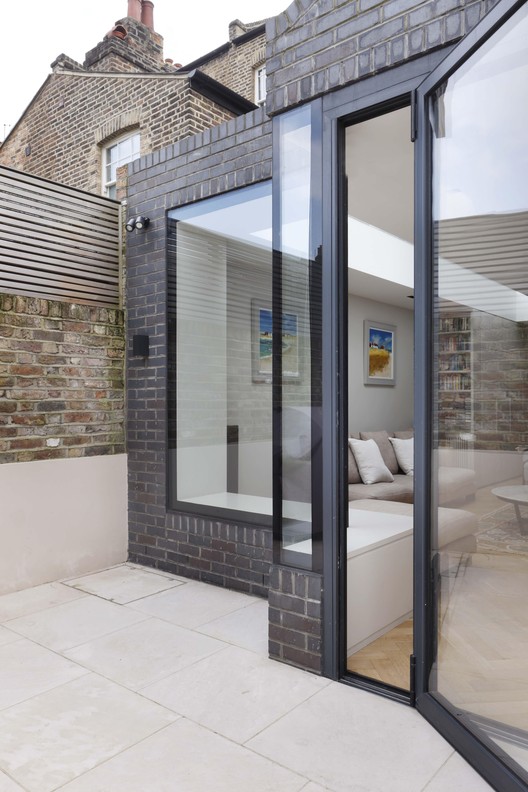 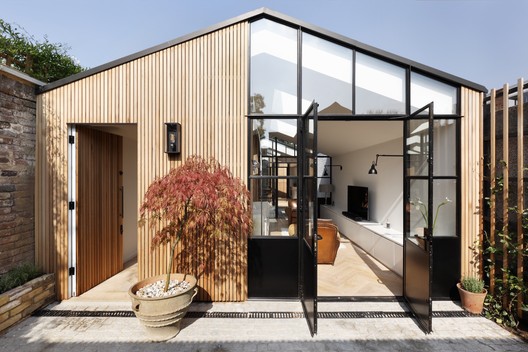