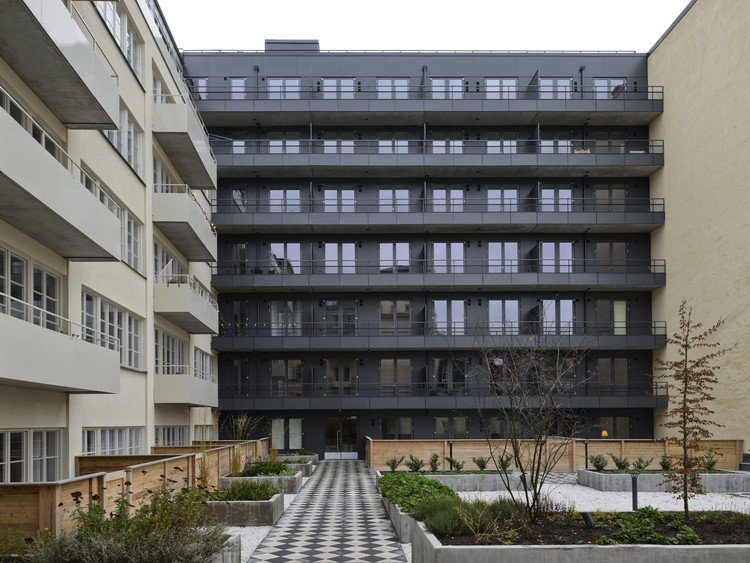 Text description provided by the architects. The project entails converting a former chocolate factory from the thirties and an attached office building from the seventies into housing. The facade of the factory was intended to blend in with the adjacent apartment blocks, contrary to todays preferences when living in a former factory building is a quality in itself. For us the most interesting part of the project was how to create high quality living spaces in the office building where we had to deal with a huge building depth, a problem we kind of inflicted on ourselves.

We got the commission by proposing not to demolish the office building and not to penetrate the two buildings with additional staircases and elevators. Instead we kept the structure of the office building including the main staircase that connects the office building with the factory building. This certainly saved the client a lot of money but it also created an even bigger challenge for us.

Since all the apartments in the office building now had to be connected to the existing staircase located at the end of the building we had to design single facing apartments in a building that was already very deep. We solved this by cutting upp atriums in the slabs of the office building. Each atrium-apartment had a living room and a bedroom facing the street and a kitchen and two bedrooms facing the atrium giving the resident a view into their own apartment but never into the neighbours on the same floor. The atriums were open to the sky and would not only provide daylight but also fresh air and at times rain and snow.

The original office building was set back 6 m from the street frontage and was standing on pilotis creating a covered outdoor space that was meant as car parking but also became a popular place to urinate and/or deal drugs. Thanks to our atriums we could increase the building depth even further, extending the building all the way to the street and thereby fixing (or moving) the problem. The final 1,5 m of the extension were glazed non heated loggias that gave additional qualities to the apartments and at the same time allowed us to design a single glazing facade with slender window frames.

The old chocolate factory was handled more gently then the office building. Here the building depth and the existing windows already brought qualities to the interior space and the biggest alterations were one additional staircase, balconies on the courtyard side and loggias behind some of the existing windows facing the street. 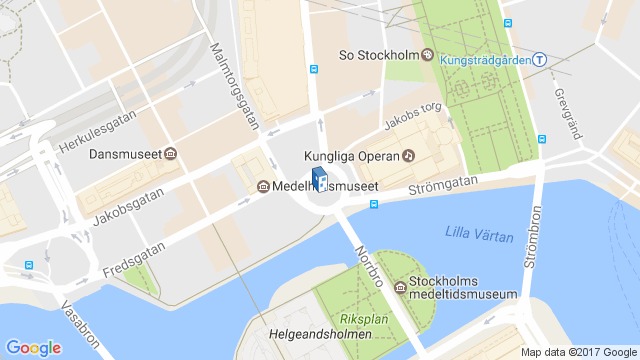