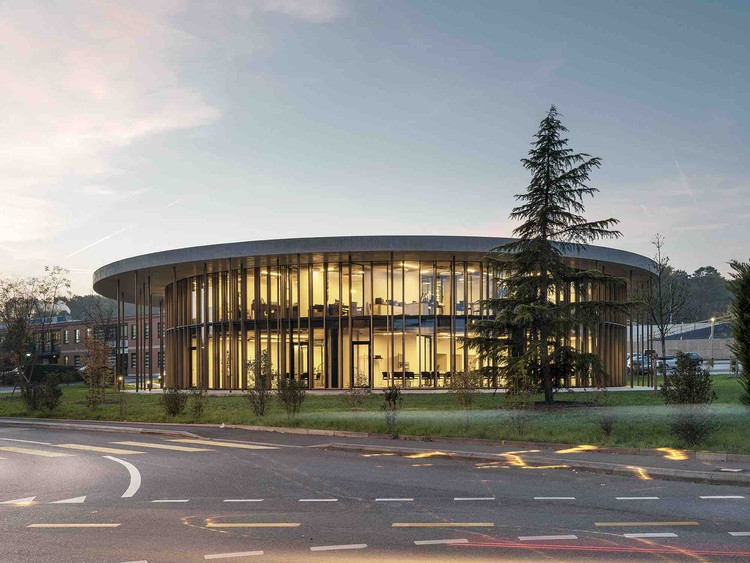 Text description provided by the architects. Elegant and iconic, the new headquarters of the FIM (International Motorcycling Federation) had to wait ten years before taking shape on a site in the outskirts of Geneva where road and railway meet.

It was in 2006 that LOCALARCHITECTURE and Bureau d’Architecture Danilo Mondada won the competition (conducted by the MEP – Mandat d’Études Parallèles – parallel development selection process) for the extension of the International Motorcycling Federation’s main headquarters in Mies in the canton of Vaud. Following a change of administration at the FIM the project was abandoned. A new selection procedure with invited architects was launched in 2013, with a modified functional programme. At this point the mandate was awarded to LOCALARCHITECTURE.

A pavilion in a park

Set between the railway and the cantonal road connecting Geneva to the canton of Vaud, on a sloping terrain with trees, the new international headquarters of the motorcycling world has the air of a pavilion in a park. The building occupies the lower part of the naturally landscaped plot, an imposing circular presence when seen from the adjacent roundabout.

Set on a base which raises it above ground level and protected by a wide flat roof supported by fine columns, the building stands out as the focal point in a diverse architectural context.

Its circular forms evoke the movement and speed of the motorcycling world, suggested by the dynamic arrangement of the offset oval slabs connected by a forest of pillars. The vertical rhythm of the pillars and the depth of the façade produce a kinetic effect when viewed by passing drivers on the cantonal road or passengers on the railway.

The building is accessed by a path adjacent to the site. The main entrance connects directly to the access road while a secondary entrance on the north side of the building connects to the staff car park.

The new FIM building replaces the former headquarters, which was demolished. It comprises two storeys over the existing basement level and is accessed by two entrances, perpendicular to the façade, on the ground floor. They define the regular grid of the floorplan, leading users to a central hall which provides access to the various functions. The ground floor houses the major communal spaces: the auditorium and the training room on the east side, the cafeteria and exhibition space to the south. The spaces are designed to be flexible and modular.

At the heart of the building, with natural lighting from the skylight domes, is a monumental staircase that connects the two levels. Its spiral form extends the upward movement of the entrance hall, leading towards the administration and management facilities on the upper storey. Cast in concrete as a single unit, its triangular underside suggests a vertebrate structure – like a spinal column bearing the transparent framework of the building as a whole.

The building’s technical facilities were developed to ensure maximum flexibility for its users. In the peripheral office areas, the thermally active slab system provides heating and cooling from the ceiling, while the ventilation system and electricity network are fitted below the raised floor. The hall and circulation areas are free of all technical installations except for the floor at ground level, which is heated. Building acoustics are managed via circular baffles arranged on the office ceilings. Seasonal overheating from solar energy is managed at ground level by a system of external blinds and on the upper storey by the oversized roof slab, its contour designed to match the sun’s pathway across the sky. 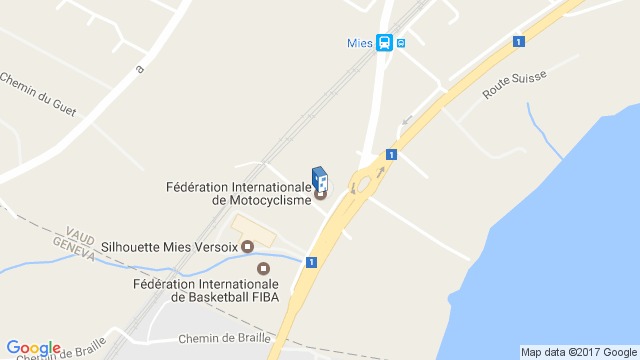