Save
THE CLOUDS / PETITDIDIERPRIOUX Architects 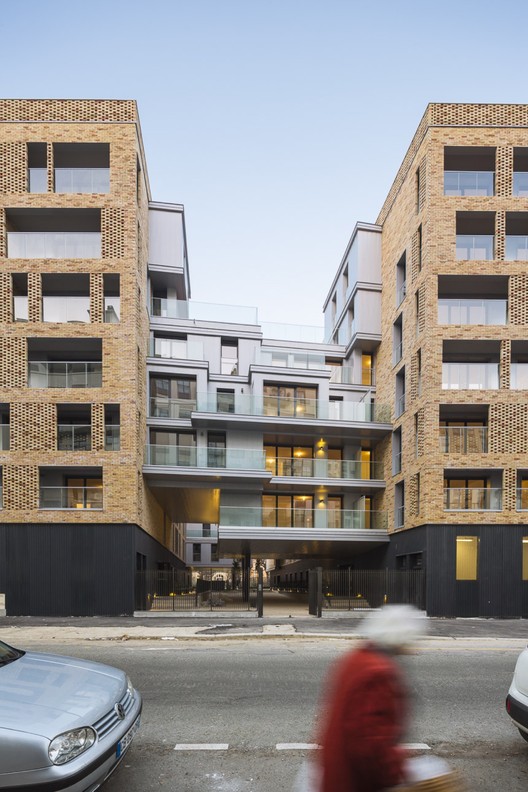 Text description provided by the architects. Entirely clad in bricks, THE CLOUDS marks the completion of the surrounding ecodristrict, offering a reinterpretation of Paris courtyards that connects Rue des Cévennes with the park that lies in the centre of the district. The two architects imagined this walkway to favour gentle circulation on the lot, which was envisioned from the very beginning as a pedestrian oasis and a pioneer biodiversity program. The design of the project offering 109 apartments within the Boucicaut ZAC relies on two solutions to lessen the impact of the project’s high density:

1-Stretching across the project is a courtyard, surrounded by four facades (windows open mainly onto kitchens, bedrooms and a few bathrooms), much like traditional Paris courtyards. This space is as much a public space for pedestrians by day as a garden serving each entrance on the lot. Its dimensions and proportions provide excellent ventilation and allow sunlight to flood the courtyard all day long.

2-The bulk of the programme is contained within the boundaries set by two strips running perpendicular to Rue des Cévennes and materialised by two solid brick buildings, consistent with the area’s architectural vocabulary. The two strips are linked together at both ends by two suspended buildings, one facing the street, the other facing the park, creating clusters of interlocking blocks: the clouds.

By designing the exteriors based on each apartment’s location within the building and by favouring dual-aspect floor plans, the project demonstrates that it is possible to reconcile access to views with orientation and space planning concerns in a highly populated urban context. Strategically placed in proximity to the four inside corners of the courtyard, the vertical accesses deliver simple circulation, and receive natural light on the higher floors.

Urbanists and architects alike wanted to echo the old hospital’s entrance that still stands behind the programme. The walls were clad with ochre and yellow bricks, framed by cornerstones and stone elements and underlined by darker, red brick cornices, giving it a more institutional look. In order to echo the old hospital without imitating it, the shade of the façade was rendered by the use of several different-coloured bricks: sand (40%) and flamed sand (40%) for the bulk of the façade – bringing a slightly golden hue that changes with light –, 10% brown and the rest in red.

During construction, the four shades of bricks were laid with regularity and harmony, according to a pattern where the darker bricks highlight the general shade of the façade. 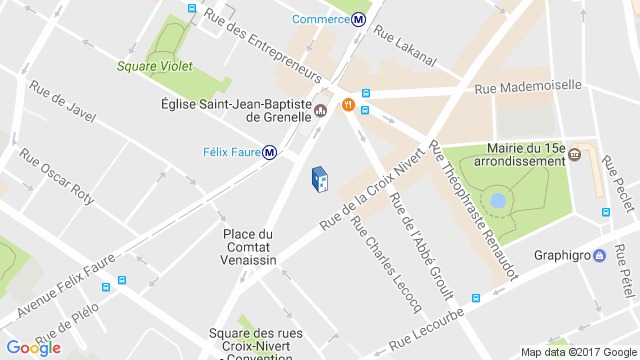