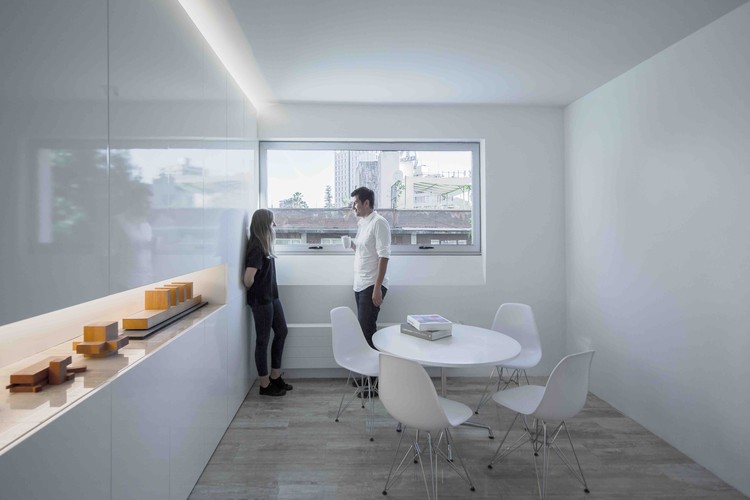 Text description provided by the architects. For fifteen years, our office was in an old house of the 30s in Providencia, space that was shared with my brother and sister, both architects, too, until in a period of prosperity, the house became too small. The wish to have the workplace within walking distance from where I lived, in addition to the frequent burglaries we suffered, forced us to itinerate from place to place for two years, looking for a permanent location.

At the end of 2014, the office of an old law firm appeared on sale. It was the fourth floor of a 1956 building projected and built by architects Gustavo Kreft and Rodrigo de Ferrari, which had an area of 200 m2 and a 12m. The privileged view facing the top of the trees and the San Cristóbal hill in the background, the crossed ventilation and the 2.72m ceiling height, were reasons enough to materialise the purchase. In addition, the property was half way between my house – a six minute walk – and right across San Sebastian University where I work.

The refurbishment operation consisted basically in leaving the structural work and pulling down most of the partitions to integrate spaces which, in some cases, were replaced by lacquered shelves that do not reach the ceiling in order to provide a better continuity and lighting.

The only floor covering used was bright polished travertine marble cut along the vein 30cm by 60 cm, in a fastened layout.  All the walls were painted white to reflect the LED lighting work hidden behind trimmings and linear hanging equipment.  The windows were replaced by natural anodized aluminium profiles and thermopanels. 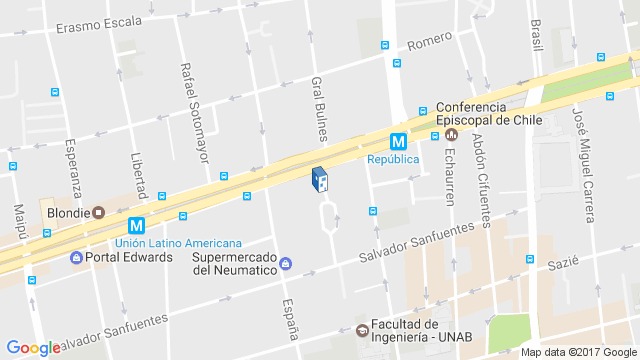