Studio Libeskind has won competitions for two new mixed-use projects in France, the firm announced at the MIPIM world property market conference this past week in Cannes. The first project comprises a retail, conference and transportation center for the city of Nice, while the second will see the firm complete a 150-meter-tall skyscraper in Toulouse.

“With these important projects in two of the main French cities, we unveil our new development strategy to create urban mixed-use buildings. Once completed, both will become new landmarks for Nice and Toulouse. With Studio Libeskind, we are up to great things!” says Philippe Journo, CEO of Compagnie de Phalsbourg, the developer behind both projects. 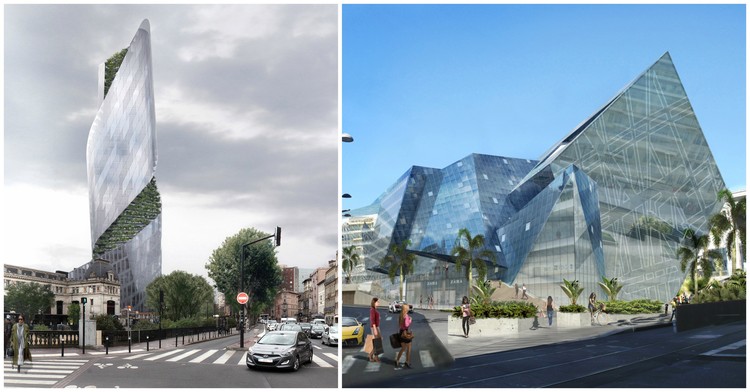 In Nice, Studio Libeskind has collaborated with Fevrier Carre Architectes and landscape architect Jean Mus to design the “Gare Thiers-Est” (East Thiers Station), a keystone project of a major urban redevelopment of Thiers Central station and its surroundings. The sculptural, faceted building will contain 18,300 square meters of luxury commercial space featuring shops, terraced cafes and restaurants with panoramic city views, as well as a Hilton hotel, a 600-seat auditorium and co-working facilities.

The project will reconnect the severed urban fabric by creating new pedestrian connections between the street and the station, united the North and South neighborhoods currently separated by the railways and the Pierre-Mathis road.

“This project represents the forward thinking of the City of Nice to create a major architectural landmark and to rejuvenate the surrounding area near the Theirs Station in this historic city,” said Daniel Libeskind.

“For Nice, my aim was to create a building that is seen from all angles – that will become the connective tissue between two sectors and reconnect the neighborhoods. It will serve to reflect the city, the light and the landscape.”

Drawing inspiration from the mineral forms of azurite, the project will feature a glass and metal facade that will reflect the scenes of the city, landscape and sky, rising 40 meters to obscure the rail tracks. The facade will also allow the building to be visible from the hills above the city, creating a beacon that is a celebration of infrastructure.

Construction is scheduled to begin in late 2017, with an estimated completion at the end of 2019.

About 450 kilometers to the west, Studio Libeskind have designed the 150-meter-tall Occitanie Tower to serve as a new landmark for the business district of Toulouse. Located on the site of a former postal sorting center, the folding glass form will rise 40 floors, becoming the first true skyscraper in the city.

Also a mixed-use project, the tower will include 11,000 square meters of office space, a Hilton hotel, approximately 120 apartment units, and a restaurant featuring panoramic views, as well as commercial and office space. A ribbon of vertical gardens designed by landscape architect Nicolas Gilsoul will spiral up the tower, acting as a natural extension of the lush park and waterway of Canal du Midi that winds through the city.

“With its suspended gardens that change color during the seasons, the slight silvertine of the glazing of the façade will reflect the pink tones of Toulouse and the brightness of this material will change perception of the space, according to the variation of light,” explained Libeskind. “The tower becomes a unique object in a vast urban space – the tower will not only become a destination, but also a defining public space.”

Sited east of the city centre, the building will feature views of the Garonne River and the Pyrenees, located less than 100km away. The project is hoped to become the gateway to the city’s burgeoning business sector.

“Toulouse is poised to assert itself as a new business hub in the region,” said developer Philippe Journo. “ The Occitanie Tower will create both an iconic landmark for the city as well as create a strategic economic generator for the district.”

Studio Libeskind will collaborate with Toulouse architect Francis Cardete on the project. Construction is slated to begin in 2018 and complete by 2022. 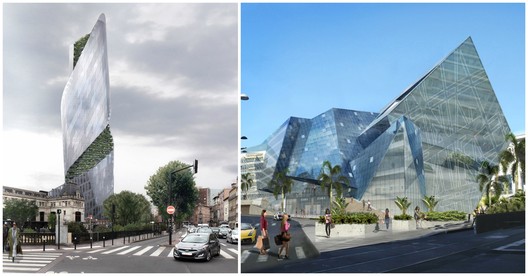