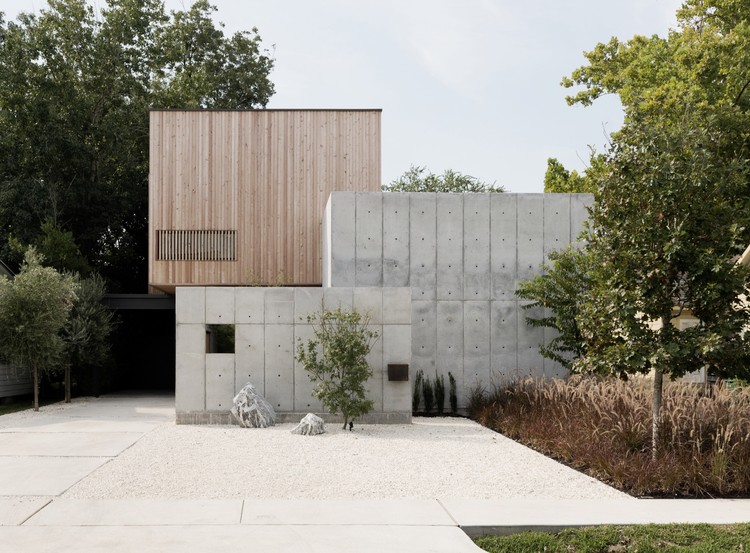 Text description provided by the architects. The design of The Concrete Box house was begun with three fairly simple concepts as goals: a carefully choreographed entry sequence, material clarity, and a sculptural presence.  The building is composed of three elements- a concrete box, a wooden box, and the low concrete wall that encloses the entry courtyard.  Fenestration on the front is limited, which adds to the sculptural nature of the building.  To enter the building one slips between the two overlapping concrete walls in the front and then passes through the sanctuary-like entry courtyard before arriving at the front door.

The door opens into an entry hall that has a low ceiling and is a touch dark.  From here one passes through an opening in the concrete box to enter the brightly lit, tall volume of the main space.  While passing through the opening, one experiences the thickness and solidity of the concrete walls.  The abundant natural light and expansive views into the front courtyard and rear garden surprise as they are initially difficult to reconcile with the blank façade.  The first floor is basically a single space where slight level changes delineate function between dining, kitchen, and living.

There is an office hidden behind sliding walls that allow the owners to work in this space during the day and then literally close the office at times when work is to be forgotten.  The simple and bright white rooms of the second floor stand in marked contrast to the downstairs with its wood and concrete walls. 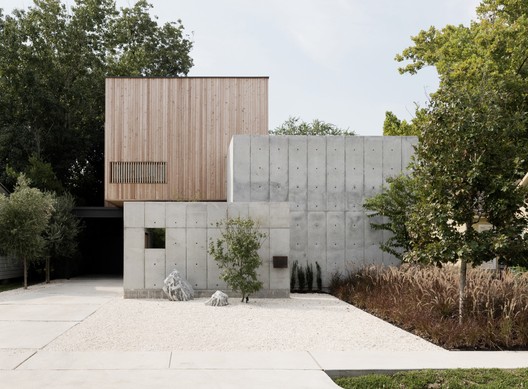