Competing against a shortlist of internationally acclaimed architects, the team led by newly established practice Vargo Nielsen Palle (in collaboration with ADEPT and Rolvung & Brøndsted Arkitekter) has been selected as the winners of the NEW AARCH competition, which sought designs for several new buildings for the Aarhus School of Architecture and the development of the surrounding area in Aarhus known as Godsbanearealerne. 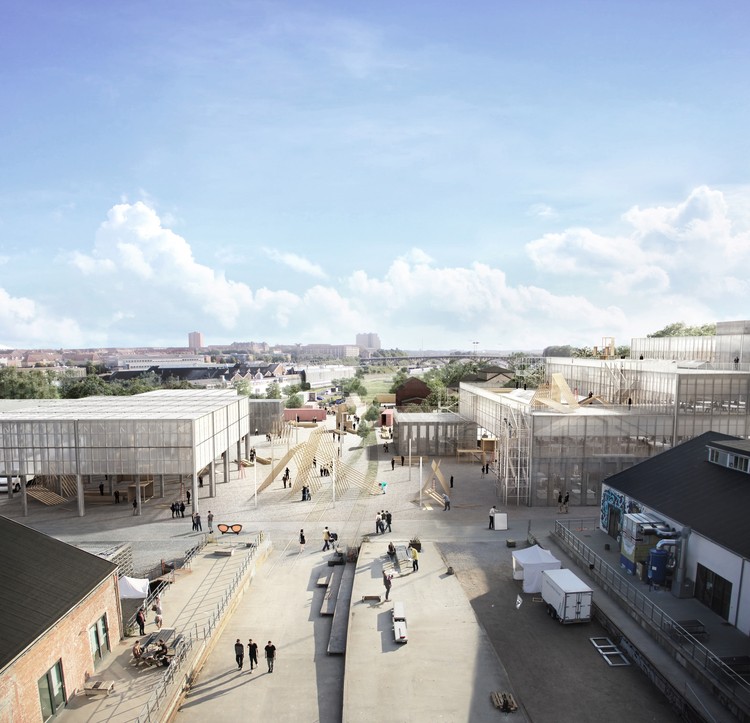 “It is a powerful project that interweaves with its surroundings, Ådalen, the city and the surrounding neighbours in the area,” , said the happy rector of Aarhus School of Architecture, Torben Nielsen.

“The new school of architecture will be a cultural hub that encourages interaction and dialogue. An open, pragmatic, flexible structure that allows for continuous change and adaptation to changing needs, and which focuses on the future life and activities inside the building. It will be a factory for architectural experimentation that will set the stage for cooperation with the city, the profession and our neighbours – just as we wanted.”

The jury had been given the choice of nominating up to three projects to continue into the negotiation process, but found Vargo Nielsen Palle’s proposal to be so compelling, they declared it the sole winner.

“[Vargo Nielsen Palle’s entry] provides the most optimal starting point for constructing a new school for Aarhus School of Architecture in terms of architecture, functionality, and economy,” stated the jury in their concluding report.

“In terms of scale, the winning project relates well to Carl Blochs Gade and plans the many uses as a ‘city within the city’, where visual contact between the school’s diversified users encourages cooperation and mutual inspiration. The building structure is stepped down in height towards a central urban space that opens up the school towards the city and the neighbouring institutions.”

The winning project was conceived as a result of close interdisciplinary cooperation between Vargo Nielsen Palle, ADEPT, Rolvung & Brøndsted Arkitekter, Tri-Consult and Steensen Varming. The development will replace the Aarhus School of Architecture’s outdated premises in the old merchant’s house at Nørreport; originally intended as a ‘temporary’ home, they have been the primary facilities for the school for more than 50 years.

See the full jury report, including designs from the other competing firms, here. 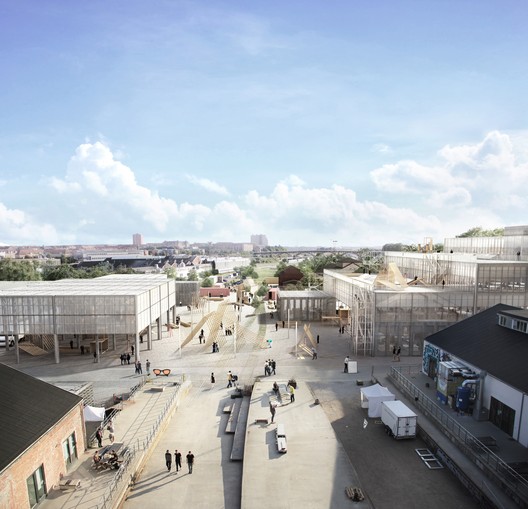