The winning submissions were chosen by the jury based on their connection with the site’s context, access to outdoor spaces, and on their ability for the Aarhus School of Architecture to have adequate space for robotic experiments and other workshop facilities. Torben Nielsen, Rector of Aarhus School of Architecture and jury member stated, "We have chosen three winning entries that all give the school the necessary space to persistently engage in a high-profile dialogue with the outside world about what architecture actually is. The three proposals are open, in the best sense of the word, rather than inward-looking. They point us towards being an open architecture laboratory - or a factory of architecture - that will benefit not only the school, but also the city and the industry -perhaps even on the international level."

The winning entries show potential for development, which will be further processed by The Danish Building & Property Agency, Aarhus School of Architecture, user groups, and NORD Architects to refine the framework of the final project. These designs will be used to inspire the following project competition. The winners of the open competition will be invited to compete with three pre-qualified teams including BIG, Lacaton & Vassal, and SANAA. The project competition will begin in the late summer of 2016. 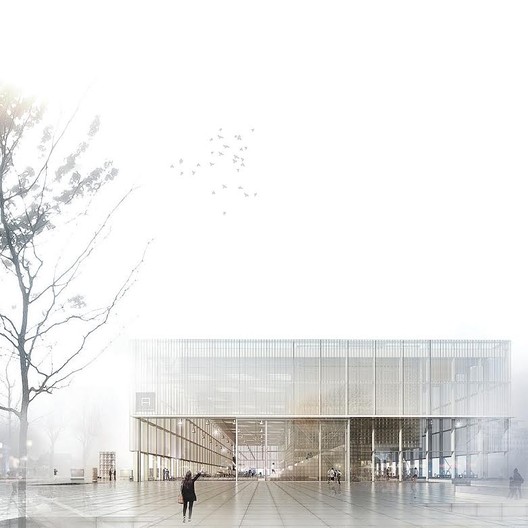