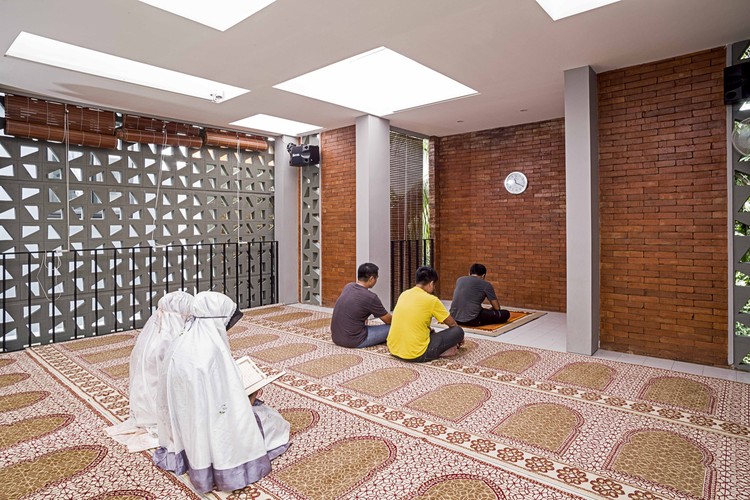 Text description provided by the architects. Mushola is a mosque-like place, generally small-sized and used as a prayer and Quran recite place for Muslim.  Mushola as Muslim place of worship, have thus become a necessity for the neighbourhood. In contrast to mosque where it is dedicated as a place of worship, mushola can also be used for various activities. In general, mushola located in densely populated area, so that it has extra function as supporting facility for community’s activities. In this context, Mushola Nurul Islam’s location in densely populated area made it become a facility for community gathering, health service, and playground for children in the neighbourhood.

Lack of open space in the neighbourhood makes this Mushola expected to be a public facility for various activities. Therefore, on the ground floor of this building, the architect gave a quite wide semi-open space that enough to facilitate community activities. Structural columns placed on the outer side so that the columns do not interfere with the effectiveness of Mushola space.

Located in between houses made this Mushola hard to get a good lighting and air circulation. Hence, façade of the Mushola made using roster so that air and light could get in any time. This Mushola designed without massive walls, doors, and windows. Rosters on the façade act as substitute of wall and window. Roster used on the façade is specially designed and stacked to make interesting pattern. This pattern placed in almost all rooms on the upper floor and some rooms on the ground floor.

In addition to roster, Mushola’s roof  is designed with a lot of skylight in attempt to maximise incoming light. Skylight use in the building made the interior become interesting. Natural light that coming in from skylight holes with white plafond deliver effect of brighter space. Skylight boxes placed on all over roof surface with varying size and arranged randomly. 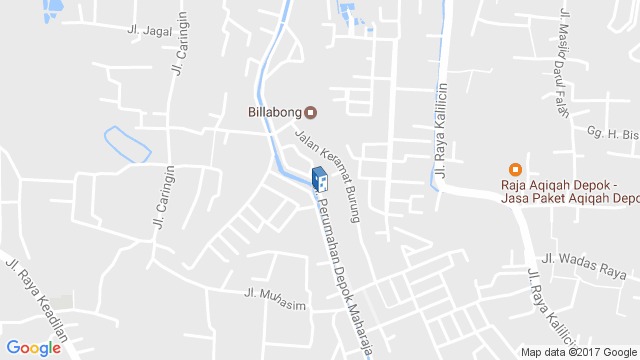