We're all used to seeing buildings in urban settings, surrounded by glass high-rises and tidy green parks. Yet around the world, there are many buildings in much more extraordinary spaces. Some have made it to the news because of their unusual locations, while others remain relatively hidden or even abandoned. Whether historic or brand new, protected or restored, grand or humble, flooded or floating, the following 13 buildings have one thing in common: their less-than-normal locations. 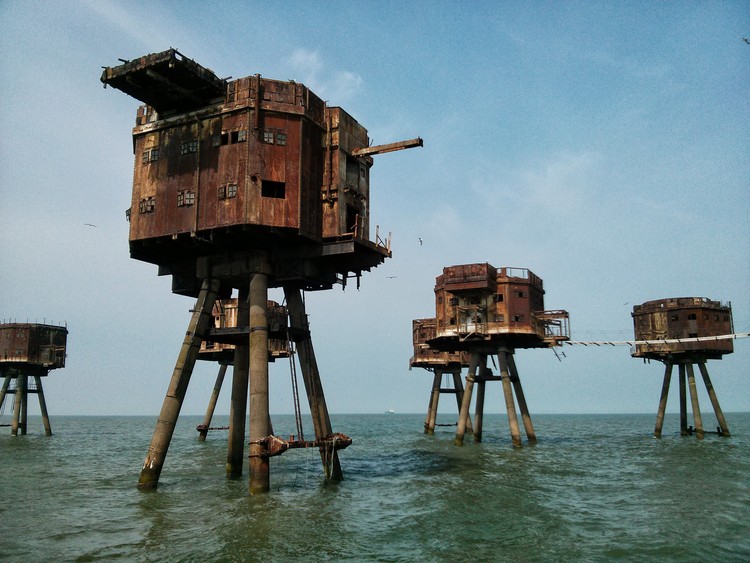 After a dispute between property owners and highway corporations, Gate Tower Building became the first building in Japan to have a highway passing through it. The highway cuts out the 5th, 6th and 7th floors of the tower, surrounded by sound-dampening materials.

Around 600 sandstone and mud mortar constructions made up this Ancestral Puebloan village which was occupied until about 1300. They are found under an overhang on a cliff, at an altitude of 2600 meters. Since 1978, the site has been listed as a UNESCO World Heritage Site.

With a “For Rent” sign on hanging on its railing, the “Wave Breaker” was one of the seaside buildings placed on the beaches of North Carolina, far too close to the coastline. It has now been restored and moved further up inland, to a more ordinary space.

As implied by its name, this building is found between “stones.” Four large boulders, to be specific, that serve as the building's foundation, walls and part of its roof construction. Filling in the gaps are ordinary windows, a door, roof tiles and a concrete mixture.

Erected during the Second World War as a part of the Thames Estuary defense network, the group of stilted buildings was decommissioned in the 1950s. Although they were taken over in the 1970s by pirated radio stations (with one of the forts sort of becoming an independent nation), they are now all abandoned.

Due to the fact that large parts of Ravenna were originally marshland, the crypts of the Basilica de San Francesco are slowly filling up with water. Or, in other words, sinking. Seeing as there is no way to avoid the situation, the crypt is now home to some goldfish and the occasional duck enjoying the water.

This building is constructed upon steel pontoons, allowing it to float on the surface of Lake Huron in Ontario, Canada. The lake’s water levels vary greatly over the course of the year, meaning the building's floating foundations have to be flexible enough to fluctuate with the water level.

Housing a total of five floors, Jal Mahal Palace sits in an artificial lake in Jaipur. When the lake is full, four of the palace’s floors are concealed underwater. Before restorations conducted in the early 2000s, the palace walls were so water-logged that water would seep through.

The Cinder Cone is the name given to a “multi-platform treehouse”, built by a group of professional carpenters as well as complete beginners, in Skamania Country, Washington. There is also a short film following the building process, as well as a book of photographs, sketches, models and notes used in the process.

Wedged between two existing urban structures, the Keret House is probably the world’s narrowest house. It is 122 centimeters wide, at its widest point. Jakub Szczesny, the architect behind the design, describes it as a “symbol of modern Warsaw ingrained in its complicated history,” showcasing how “coincidental” the architecture of the city is.

Perched upon a rock on the Drina River, this little wooden house has stood for over 45 years. As the story goes, a group of friends discovered the rock while looking for a place to lay in the sun, spotting it in the middle of the river. Against all odds, the house has survived through strong floods, winds and currents.

Now the symbol of Vernon, this unusually placed timber construction was even visited and painted by Claude Monet. It was probably built in the 16th Century, originally straddling the Seine River on a wooden bridge that, after being destroyed several times, was replaced by a stone bridge in the 19th Century.

A wealthy resident living on the 26th floor of this Beijing apartment building decided to expand his apartment upwards—using fake rocks and trees, and without asking for any kind of building permission. After the weight of the additions caused structural problems and leaky plumbing in the building below, local authorities demanded that the mountainous fort be dismantled. 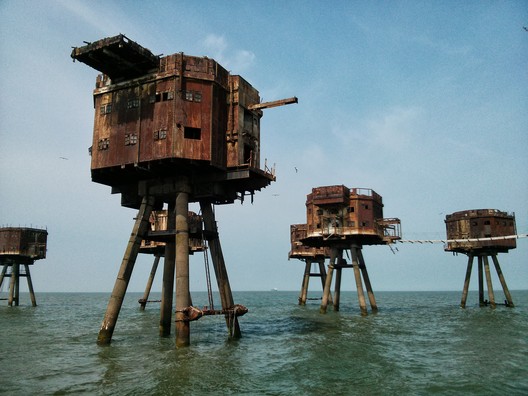