Save
7 Architectural Experiments that Failed Spectacularly
Share
Or
Copy

Experimentation in architecture is what propels the discipline forward. In an ideal scenario, once a project gets as far as the planning stage, large amounts of careful research and collaboration between the architect, contractor, and client contribute to a smooth execution of an exploratory idea, and ultimately a successful end product. But it’s not uncommon for even the most skilled architects to design work that has a misstep somewhere along the line, whether it has to do with shrinking budget, unforeseen contextual changes, lack of oversight, or anything in between. In some way, the projects here all fall into the second category of failed experiments, but some have also become potential models for revitalization of existing buildings, rather than (less sustainable) demolition and reconstruction. Read on to discover what went wrong in these notable disasters.

Also known as the "Walkie Talkie," the unique top-heavy shape of this bulbous building is meant to maximize floor space on the upper stories, which draw in higher rents. It was originally designed to be even larger, but was shortened by a few meters to preserve the views of older buildings in the London skyline. However, after construction, Londoners quickly realized that the project could damage a lot more than the skyline.

The building’s slightly curved glass facade reflected light in concentrated beams so strong that they melted cars and started fires. After wreaking its havoc on the city, 20 Fenchurch Street is now partially covered with sun shades to prevent light from reflecting off of the glass, but it is still being blamed for directing powerful gusts of wind downward towards street level.

Still holding its title as the continent’s tallest residential tower, Ponte City was built in 1975, in apartheid-era Johannesburg, designed as luxury living that refused to rent to any non-white patrons. The novel cylindrical building holds 55 stories of residential units with retail space at the base, all wrapped around a large central courtyard. The plan for opulence and racist exclusivity backfired when the neighborhood became rife with crime in the 80s and 90s and the original residents moved out, turning Ponte City into a "vertical slum," and its courtyard into a trash heap that at one point reached a height of five stories.

Despite its horrific reputation, the tower came under new ownership in 2001, and has since recovered some of its hopeful comfortable lifestyle. The building now has 24-hour tight security to combat safety concerns and has restored its plumbing and electricity after decades of decay. But the racist legacy it was founded on has not completely disappeared, with the more expensive upper units being most frequently occupied by white tenants.

The public housing development of Pruitt-Igoe was built to provide affordable homes for St. Louis’s growing low income population. 33 cost-effective 11 story towers were built according to the modernist principles of Le Corbusier’s Ville Radieuse, where cars and pedestrians were separated by large, slab-like buildings and stretches of green space. Pruitt-Igoe opened to ecstatic residents who were thrilled with the amenities and sense of community it offered—a welcome change from the overcrowded tenement housing that until that point may have been their only housing option.

A combination of political and economic factors resulted in a challenging construction budget for Yamasaki's design, and cheap construction methods soon revealed themselves in structural failings that ranged from inconvenient to dangerous. A complex combination of white flight (caused in part by desegregation of the city’s public schools), increased crime, and the general economic decline of St. Louis were all part of Pruitt-Igoe’s short timeline, and contributed to its abrupt demolition in 1972. A recent documentary details the full, complicated history of Pruitt-Igoe within its urban context as the "death of modernism" in the United States.

In the 1960s, a masterplan for George Town, Malaysia was developed to create a new urban center that it was hoped would revitalize the area. KOMTAR was slated as the central skyscraper that would combine restaurants, shops, and administrative offices for the Penang government with an elevated pedestrian walkway.

But revitalization didn’t happen: the construction process displaced entire neighborhoods of George Town residents, and preexisting local restaurants and shops were demolished to make room for the skyscraper. The pedestrian walkway was never installed. Many of the original retailers moved out of an unmaintained KOMTAR, and the empty building fell into disrepair. The project had destroyed the very thing it had intended to help generate. In the past few years, KOMTAR has been slowly resuscitated with the installation of Malaysia’s highest skywalk and the world’s tallest mural, and it is slowly transitioning from white elephant to lively landmark.

Whether the Farnsworth House could be considered a failure might depend heavily on who—or more crucially, when—you ask. After leaving Germany at the closing of the Bauhaus, then designing several buildings for the Illinois Institute of Technology, Mies van der Rohe’s Farnsworth House was the modernist architect’s first home commission in the United States. The project was commissioned by Dr. Edith Farnsworth, a prominent nephrologist in Chicago, as a weekend retreat in Plano, Illinois. The home is now a respected member of the modernist canon, but at the time of its completion in 1951, it was a disappointment to Farnsworth and a publicity nightmare for Mies.

Responding to Farnsworth’s undeveloped 64-acre property, the architect’s concept aimed to minimize the separation between human and nature. Completely transparent glass walls are sandwiched between flat, white planes, covered only by minimal steel beams. Unfortunately, Farnsworth felt extremely uncomfortable in the resulting home, and has described feeling "like a sentinel on guard day and night." The project came in significantly over budget, and Farnsworth refused to pay the difference for a home she described as "almost nothing." Mies sued for lack of payment, and Farnsworth sued back for fraud and deceit. Mies won the case, but the client was never satisfied with her home and sold it to collector Lord Peter Palumbo in 1975.

Just after completing his iconic Ciudad de las Ciencias in Valencia, Calatrava masterminded Rome’s Sports City: a collection of athletic facilities for the University of Rome Tor Vergata. The first building, a swimming stadium, was meant to host the 2009 World Swimming Championships, but rapidly increasing cost estimates caused the project to come to a halt before it was even close to completion. The stadium is estimated to have cost the public around €200 million, and its steel skeleton still sits off the highway as a cruel reminder of the project’s failure. Interestingly, the seemingly abandoned Sports City was included in Rome’s bid for the 2024 Olympics—at least, before the bid was withdrawn.

At the end of the 19th century, Sir Ebenezer Howard published Garden Cities of To-morrow, which detailed a utopian vision for "slumless, smokeless" cities. The Garden City was characterized by a collection of interrelated centers, each with individual programs, that radiated out from a central cultural district. The cities had dedicated sections for agriculture and industry that were separate from residential and park belts, allowing for self-sufficiency and plenty of natural space. Once the city reached a population of 32,000, a new development was to begin, preventing the first from growing too large for short commutes.

The Garden City model was used all over the world throughout the 19th century, including the Americas and former British colonies around Asia. The model has been largely criticized for facilitating many of the problems Howard wanted to plan against: rather than self-sustained mini-cities, many garden cities have in practice become suburbs on the outskirts of larger, more industrial urban centers with long commuting distances. They also necessitate a density that some urbanists have argued is incompatible with modern concerns for environmentalism and booming population. Today, the concept of the garden city is most frequently employed as a rhetorical device, used by politicians to gain support for new housing policy without following the actual principles of Howard's original idea. 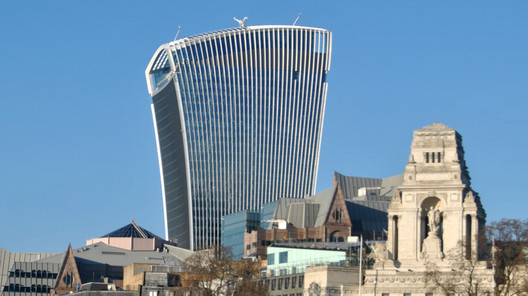