Text description provided by the architects. The neighbourhood of Løren, a former industrial area and military camp, has in recent years emerged as a new, attractive residential district.  As a further development of the area a new metro station was planned.

The station is located 27 meters underground and accessed by stairs, escalators or lifts from the two entrances.

The main vestibule comprises a closed, technical part made in concrete, and a public part made in steel and glass. Large steel girders in the ceiling make the room open and column-free, and the many skylights open up for changing light conditions through the day. Three different escalators with interconnected passages provide for a varied spatial sequence on the way down to the platform. The station hall is a mountain tunnel with a middle platform and a natural vaulted shape.

The extensive technical installations have been a contributing factor to the architectonical concept, exposing it rather than attempting to hide it. This gives the station a robust and a industrial atmosphere;  A giant machine in steel and concrete bringing people up and down into the metro system. 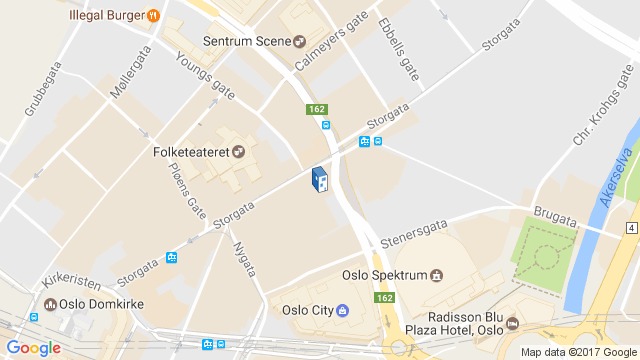 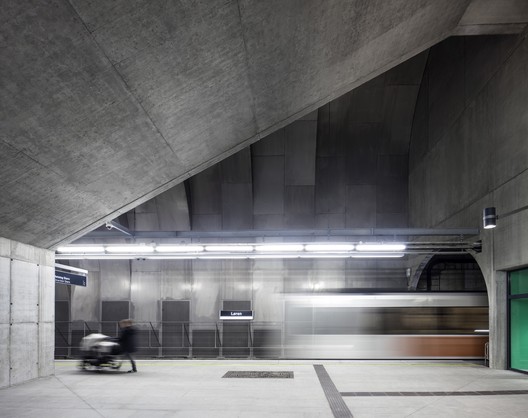