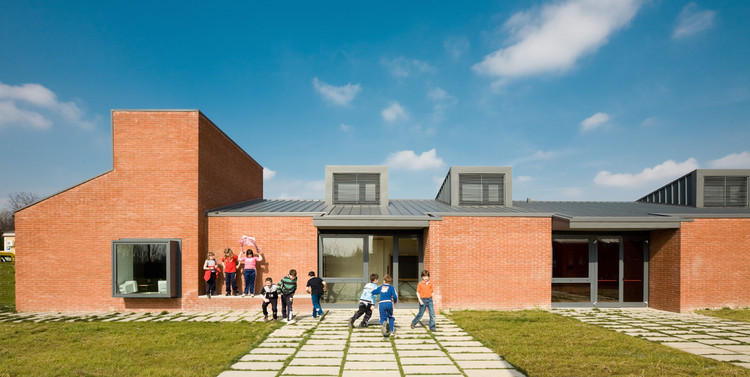 Text description provided by the architects. A project born from a competition that required the creation of a new urban pole and the bolstering of civic and service-sector functions., the elementary school occupies the space between the existing library and the theater – itself also part of the competition – and gives shape to a compositional structural that redefines the gathering places of a town with farming roots that has experienced significant development in recent years.

The school was conceived as a homogenous architectural organism on a single level, with varying degrees of privacy declined along an external and internal axis, a scheme that gives the overall space a progressive sequencing – the piazza, the school plaza, the courtyard and the internal atrium, the great room and its exclusive courtyard – and thereby builds a system of communication, orientation and awareness of the surrounding environment.

Special attention was given to the matter of natural light: Every classroom or working space or gathering area is illuminated directly and indirectly, thanks to a series of skylights that break up the continuity of the roofs of the three built structures, while the atrium with full-window wall faces directly on the courtyard. The atrium, through this visual continuity, becomes the internal prolongation of the garden, which is itself set up so as to host didactic activities.

Color takes on a particular importance in both understanding and using the spaces: The classrooms are identifiable through the use of different colors. This solution, along with the varying colors of the vegetation across the seasons, contributes to endowing the environment with a “total quality” during the educational phase. 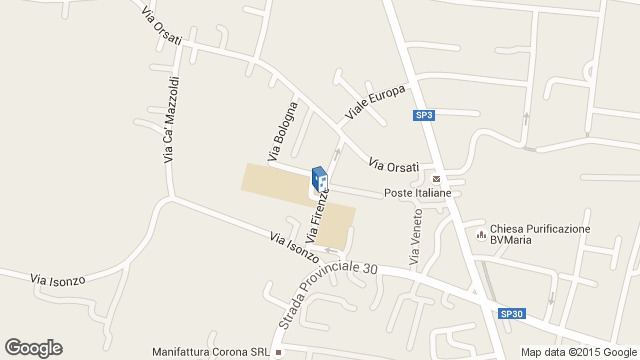 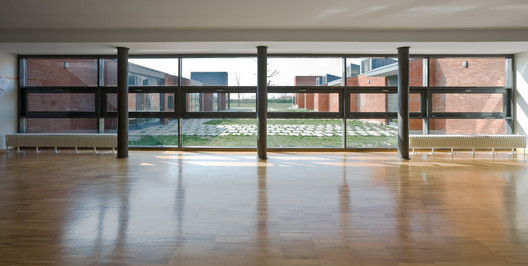