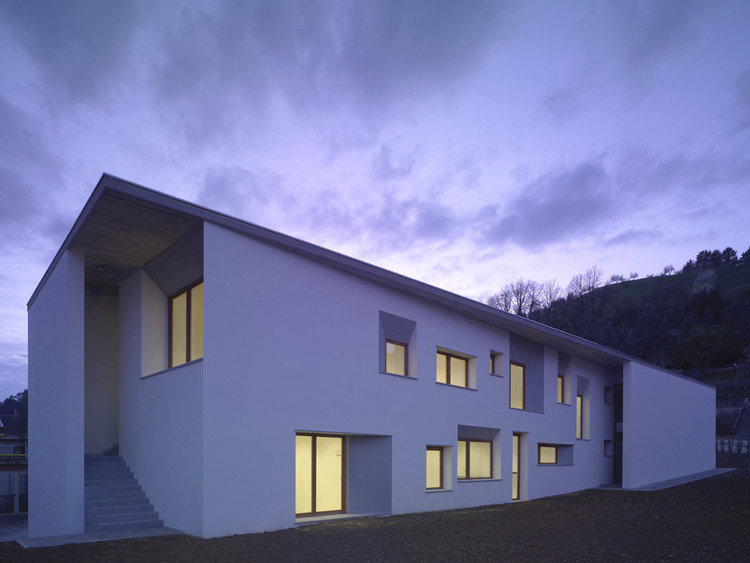 Text description provided by the architects. The extension of the primary and secondary school in San Piero a Sieve is located very close to the city of Florence. The building consists of 630 square meters of new surfaces that will host the laboratories, the dean’s office, the offices for the scholastic staff, and an auditorium that works as an all-purpose space. Rooms and the gym will still be in the old buildings, built during the Sixties, and the new construction had also to connect to them. More drawings and photographs following the break.

Being a public client the budget was extremely limited, but, as sometimes happens, the constraints partly became the force of the design. The outline of the building is drawn following the limits of the lot. To maintain a certain distance from the borders the construction acquires an irregular shape, made of inclined walls and irregular angles.

The building is organized in two volumes: a first one with two perpendicular walls and a third curved side to embrace the rear volume. This second one has a straightforward wall and a skewed side, that follows the lot border; an irregular bevel angle is thus created, so that the opening is wider on one side of the wall than on the other. The result is a massive but changeable form.

The choice of materials is a direct re-interpretation, a contemporary version, of the Tuscan tradition: pietra Serena, plaster, wood, and marble. The main structure is made by pietra Serena and plaster.

The openings to the outside and the materials also reflect the surrounding. The white of the plaster and the grey color of the stone give to the building a special vigor thanks to the simplicity and strength of these materials.

Colors make recognizable the straight walls form the sloped walls of the splayed window, the first being painted in white and the latter being in stone. Further details remind elements of the Tuscan tradition: between the first and the second floor an in-between space creates a kind of loggia; the promenade, following the curved wall, leads directly inside the building as an extension of the city and the communal space to the space dedicate to the public behind the curved wall, that hosts the auditorium and/or conference room. Some other interior alcoves are created inside the building as gathering points, according to the best Tuscan tradition of public outer spaces inside the space.

From the gym, one should pass through a tiny corridor to enter the new building, arriving to the new space one is overwhelmed with light coming from the ceiling, from the full-height windows and from the extremely bright white of the interior space. The pattern of the openings reaches an asymmetric effect and is drawn from the inside towards the outside; so that the splayed windows are like small eyes opening towards the outside. 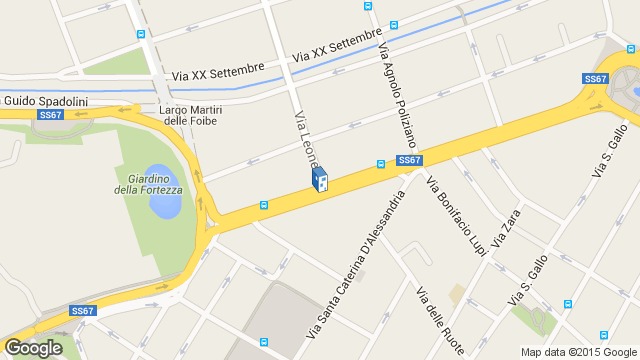