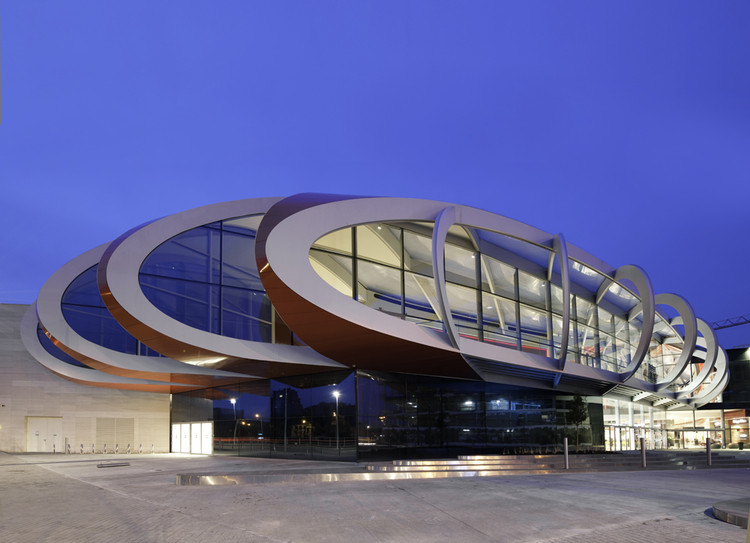 Text description provided by the architects. Ron Arad Architects were invited to design the new mall, roof and public spaces of the 40,000 sqm mixed use development known as Médiacité. Situated in Liege, once the world’s foremost centre for steel production and since in economic decline, the building stands out as a symbol of the city’s revitalisation and strives to spearhead the city’s regeneration.

The 350 metre long mall weaves through the fabric of the refurbished old market centre at one end, through the new two storey building, connecting to the new Belgian national television centre at the other. The design of the roof unites these elements with a complex network of steel roof ribs that undulate through the mall. The lattice of steel sculpts the volume of the mall beneath, varying both in height and structural depth to form a variety of differing experiences. As the structure exits the volume of the main building (at the two piazzas and at the link between the old market and new building) the steel ribs wrap downwards, merging into the façade and forming the building’s envelope. The structure is entirely free-spanning along its length and width, with 200mm wide steel ribs that vary in depth from 300mm to 1200mm, weaving through each other in a deformed grid-like network. To minimise loadings, the complex three dimensional structure is clad in transparent lightweight ETFE - pneumatic Texlon cushions which allow light to penetrate the roof while moulding themselves to the irregular structure. As the roof gradually transforms into façade, the ETFE cladding merges into curved aluminium rain-screen panels and glass.

The project was completed to a highly accelerated programme, with a duration of only 34 months from inception to completion. Construction began in April 2007 and the building was inaugurated in October 2009. 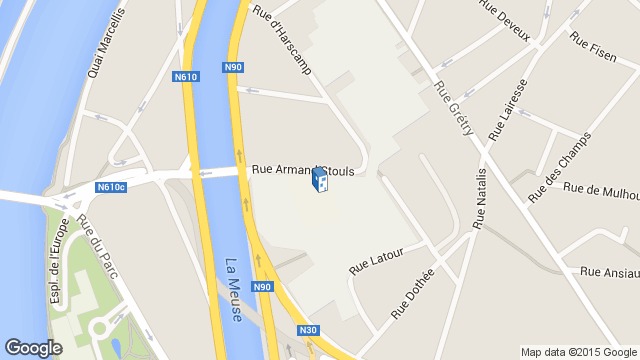 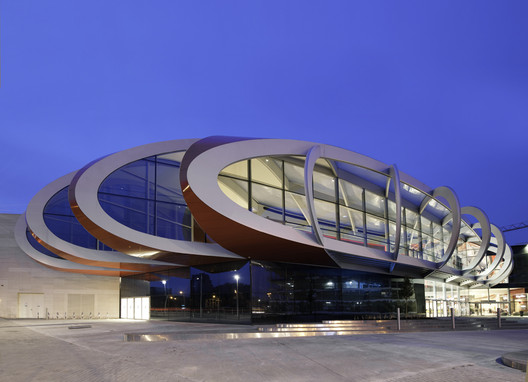