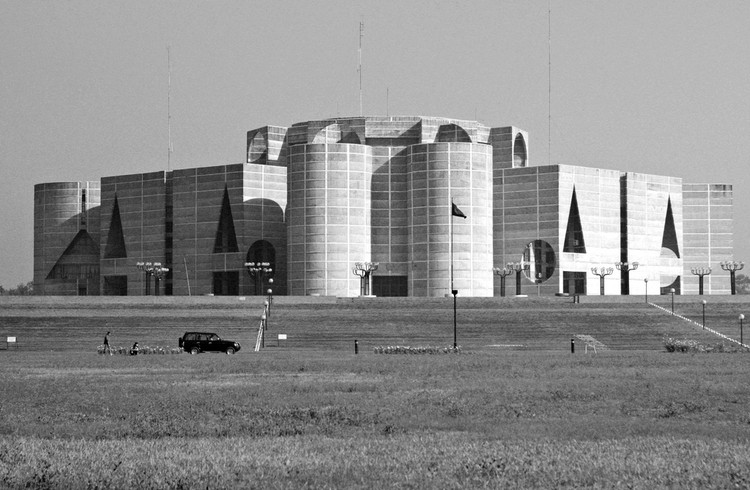 Modernist architecture is traditionally understood to be utilitarian, sleek, and most of all without context, such that it can be placed in any context and still stay true to aesthetic principles and its functional requirements. However, Louis Kahn’s National Assembly Building of Bangladesh in Dhaka is an extraordinary example of modern architecture being transcribed as a part of Bangali vernacular architecture. The National Assembly building, completed in 1982, stands as one of Kahn’s most prominent works, but also as a symbolic monument to the government of Bangladesh.

The National Assembly Building was conceptually conceived in 1959 by the government of Pakistan as an extension to their parliamentary headquarters.  It wasn’t until 1962 that Louis Kahn was commissioned to design the governmental headquarters. However, in March of 1971 construction was halted as Bangladesh had declared independence from Pakistan.  Originally, Kahn had intended to make a building of monumental presence, but after Bangladesh had officially broke from Pakistani rule in December of 1971 the project became much more of a symbol of democracy and pride for the Bangali people.  The building was finally completed in 1982 at more than double the initial estimated cost for completion at $32 million.

As impressive as the National Assembly Building’s coming of age is, Louis Kahn’s design is the most intriguing aspect of the project.  As mentioned before modern architecture does not bode well with identity; its identity sits within the autonomous dichotomy of modern architects and their work far from culture and architectural precedents.  The National Assembly Building is unique in the sense that it is modernist in principle, but it is a project deeply rooted in its context, the citizens, and Bangali vernacular.  With most modern buildings, it can be placed almost anywhere in the world without much fuss, which does not exactly work with the National Assembly.  Kahn’s designed called for simplistic local materials that were readily available and could be implemented in distinctly similar ways that would protect against the harsh desert climate integrating a modern building into an otherwise non-modern context.

The National Assembly Building sits as a massive entity in the Bengali desert; there are eight halls that are concentrically aligned around the parliamentary grand chamber, which is not only a metaphor for placing the new democratic government at the heart of the building. It also is part of Kahn’s design objectives to optimize spatial configurations where the supporting programs (offices, hotels for parliamentary officials, and a restaurant) project out of the center volume.  The entire complex is fabricated out of poured in place concrete with inlaid white marble, which is not only a modernist statement of power and presence, but is more of a testament to the local materials and values.  The sheer mass of the monumentally scaled National Assembly and the artificial lake surrounding the building act as a natural insulator and cooling system that also begin to create interesting spatial and lighting conditions.

The geometric shapes found on the different faces of the façade add a dramatic impact to the overall composition of the building.  The geometric shapes are abstracted forms found in traditional Bangali culture that are meant to create a marriage of old and new cultural identities, as well as, serve as light wells and a natural environmental control system for the interior.  For Kahn, light was an important aspect in the design of a building, not just as a way to illuminate a space, but rather conceptualizing light as a creator of space.

“In the assembly I have introduced a light-giving element to the interior of the plan. If you see a series of columns you can say that the choice of columns is a choice in light. The columns as solids frame the spaces of light. Now think of it just in reverse and think that the columns are hollow and much bigger and that their walls can themselves give light, then the voids are rooms, and the column is the maker of light and can take on complex shapes and be the supporter of spaces and give light to spaces. I am working to develop the element to such an extent that it becomes a poetic entity which has its own beauty outside of its place in the composition. In this way it becomes analogous to the solid column I mentioned above as a giver of light.” 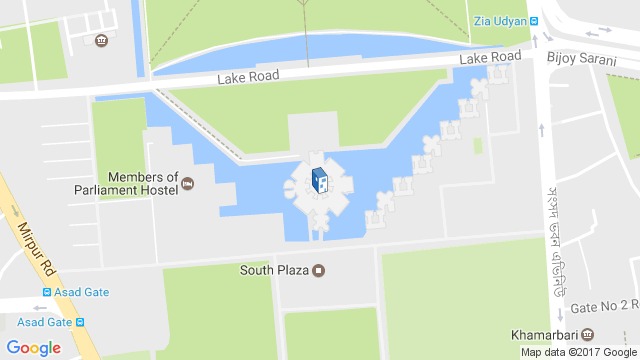