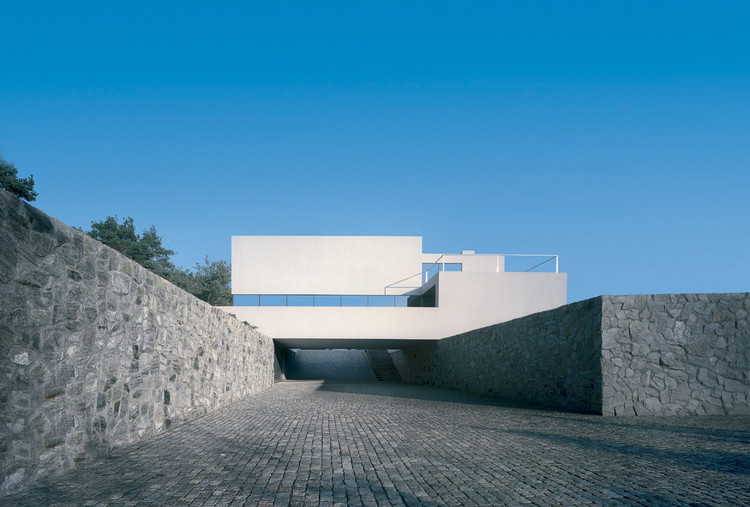 The house is situated in Poland, close to Opole. Majority of low density settlement in the surroundings is formed of "cube - houses", buildings typical for the 1970's.

One hectare site near the forest, where the building is designed has only one weak point: south-western access. An obvious conflict develops between the driveway and the garden. The idea arose to lower the driveway in order to separate it from the garden. This prompted another idea - of a driveway leading inside to the ground floor level, from underneath the building, which became possible thanks to the creation of an inner atrium with the driveway in it.

New type of the house

As a result, the building opens up onto all sides with its terraces in an unrestricted manner, and the only way to get into the garden is through the atrium and the house.

This in turn has made it possible to obtain a new spatial model of the house, which is the reverse of an atrial building. The aatrial house is closed to the inside and opened to the surroundings.

The gateway is situated in the highest point of the site sloping to the east side. The 10 metres wide driveway following slope's declivity, was additionally lowered underneath the ground level, while the garden was partly raised above this level. As a result, the garden is separated from the driveway and the surroundings with a 2.5m high retaining wall. The building was situated on the garden level. For the sake of neighboring buildings, typical polish "cube - houses" arisen it 1970's, the structure of the house results from various transformations of a cube.

As a result of stretching and bending particular surfaces of the cube, all the walls, floors and ceilings were defined, together with inner aatrium and terraces. This principle of formation has not only created the structure of the house, but also defined interior and exterior architecture, including use of materials. The building is a reinforced concrete monolith, and concrete is at the same time the finishing material of the transformed cube, while all additional elements are finished with dark ebony.

The driveway and retaining walls were made out of quarried granite blocks, the material characteristic for the surroundings. 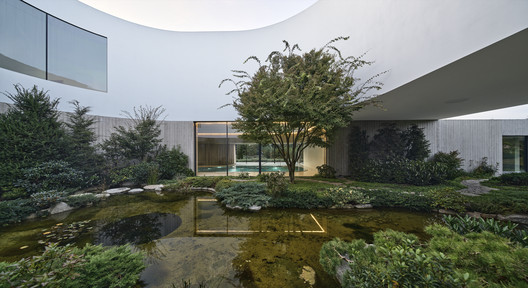 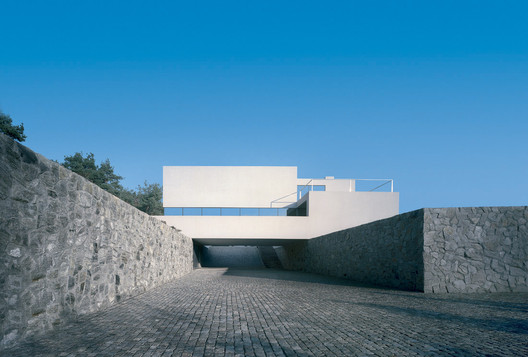