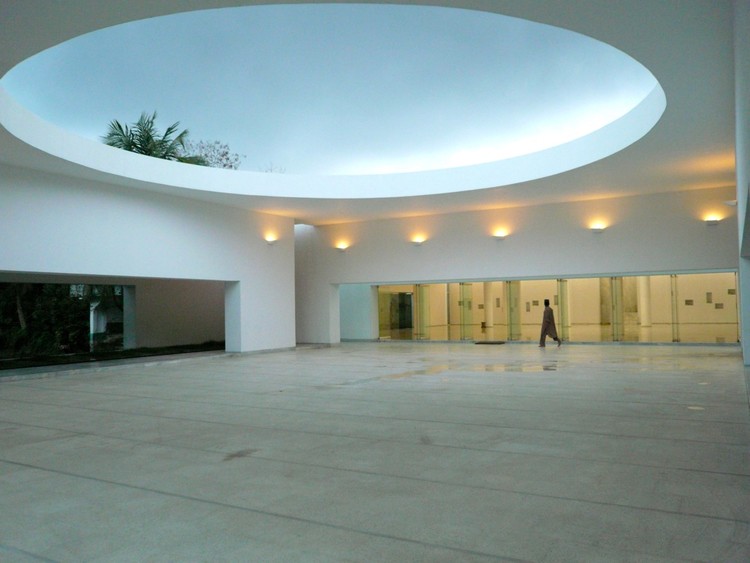 Text description provided by the architects. This mosque on the suburban periphery of the port of Chittagong in Bangladesh seeks to fulfil the traditional role of a mosque as both a place of spirituality and as a gathering place for the community. The architect began by identifying the essential elements of a mosque to create a new form and articulation for a typology that goes back for a millennium and a half. The result is this monolithic and spare mosque, pared down to two identical cuboid structures.

The first is the front court, its heavy masonry walls punctuated with low, wide openings onto the surrounding landscape, with a large eyelike opening above. In the second volume, the naturally lit mihrab wall is balanced by an iconic, cut dome. While the apertures give a sense of openness and draw in light and ventilation by day, by night they allow light to shine out of the mosque like a beacon. With its stark, geometric clarity, the Chandgaon mosque stands apart from many such structures that have reduced architectural features associated with the usual mosque type to the level of kitsch. It makes a definitive architectural statement in a different direction, pointing to the contemporary, to a desire to live in spaces that reflect the universal values of the present day. 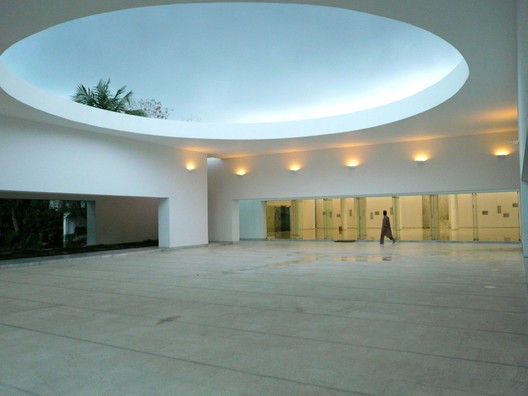