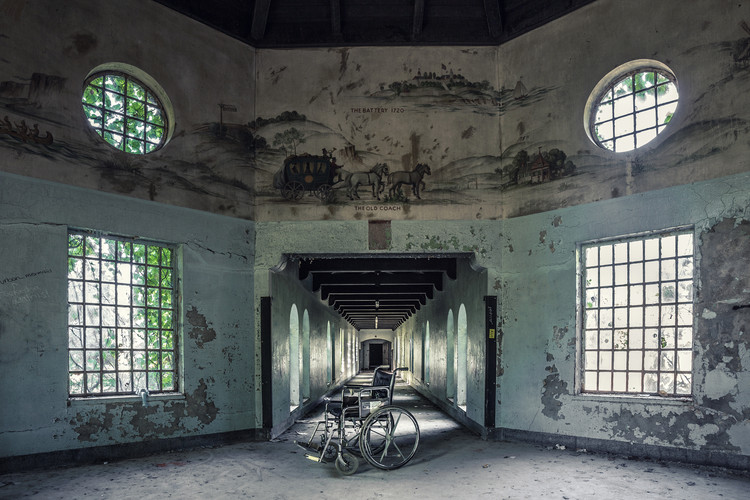 Prior to the mid-1800s, treatment of the mentally ill often regarded a spectrum of illnesses as dangerous and threatening. The most disadvantaged mentally ill wound up in publically-funded almshouses, as there were no state-funded psychiatric institutions at the time, where they received no treatment and lived in squalid conditions. The lack of specialized care meant that 18th-century "lunatics" often eventually wound up in prisons or chains as the only solution to perceived danger to themselves and society [2].

Change came about in the 1800s from multiple directions. European influence from the Quakers popularized the moral treatment movement in psychiatry, which advocated for humane treatment of patients and a regimented routine. Of significant importance to successful moral treatment was environmental determinism—the belief that one’s living environment influences behavior—giving architecture a central role in more humanized psychological treatment [3]. Every element of the built environment was thought to have a potentially curative effect on the mentally ill, and asylums were designed with the intention that patients would eventually be healed and return to society. Because dedicated asylums were new to the United States, some of the first designs were inspired by the Quaker York Retreat moral treatment center in England, with this design reevaluated and adapted as context and budget changed [4].

Victorians believed that industrialization and capitalism were major causes of mental illness. In urban environments, where these forces were most palpable, they believed that the weakest members of society would be unable to handle these modern pressures and eventually become lunatics [5]. Therefore, any viable treatment option could only include physically separating the patients from the city, and the first dedicated asylums were built in areas surrounded by nature. Likewise, the prevailing belief in medical miasma, which theorized that disease was spread through stagnant, dirty air, meant that ventilation had to be prioritized in the design, and that dense, polluted cities were unfit locations for asylums [6]. Ventilation drove the experimental use of pavilions and quadrangles, as well as the incorporation of many small sash windows uncovered by bars [7].

By the 1850s, after educator and lobbyist Dorothea Dix’s long-fought battle for state-funded psychiatric institutions, asylum architecture in the United States had begun to develop its own distinctive style. Thomas Story Kirkbride became the definitive voice on the matter after publishing On the Construction, Organization and General Arrangements of Hospitals for the Insane in 1854. While his manifesto was not adhered to exclusively by other architects, it created a set of guidelines for design and became the standard against which all other methods were compared [8].

Kirkbride’s asylums incorporated grand classical elements like porticos, cupolas, and columns that, in addition to creating an aesthetically pleasant environment for patients and their families from both upper and lower classes, allowed the buildings to become a source of civic pride. Rather than the shame that the abandoned buildings symbolize today, the Victorian insane asylums were perceived as indications of the community’s generosity towards the less fortunate; as charitable, Christian efforts that built merit for the society [2]. More sterile-looking buildings would not have been able to achieve the same effect. Van der Velde’s photos show many of these asylums still retain their intended stateliness, rather than the common boarded-up and graffitied images that are ignorant of these features.

Apart from the exterior, Kirkbride also had detailed plans for how to best organize the various programs that an asylum holds. He designed the "linear plan," which placed patients in hierarchical wards that move outwards based on gender and symptoms, with the loudest and most severely ill patients furthest from the center, where they were least disruptive. The building stretched across the property so that all rooms had access to sunlight and fresh air, furthering the importance of ventilation and nature in the treatment process. At the center, where the most luxurious architectural forms were often built, were the parlors and chapel, where patients could socialize with visiting family members without having to take them into the wards. Some of the features meant to humanize the asylums can still be seen in those that remain standing, such as the carpets to dampen sound, plentiful windows for a sense of nature, and carefully crafted molding and ornamentation that one might not usually associate with such spaces.

At the turn of the 20th century, it became clear that most patients did not enter asylums and later return to society after being cured of their illness by their meticulously designed environment and treatment plan. Environmental determinism had lost respect as a psychiatric approach, and funding for asylums was beginning to decrease. The age of humanistic architecture for mental illness had ended, and a new era of surgical treatment characterized by overcrowding, lobotomy, and cruel conditions was ushered in, creating the groundwork for today’s remaining abandoned asylums—and our morbid fascination with them. 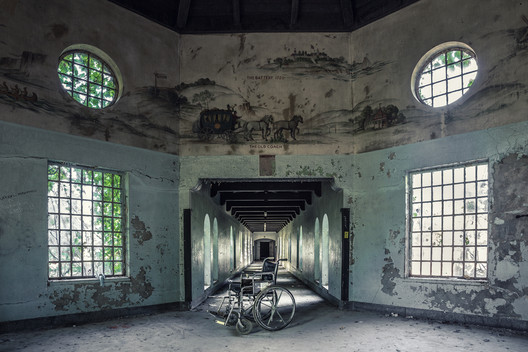