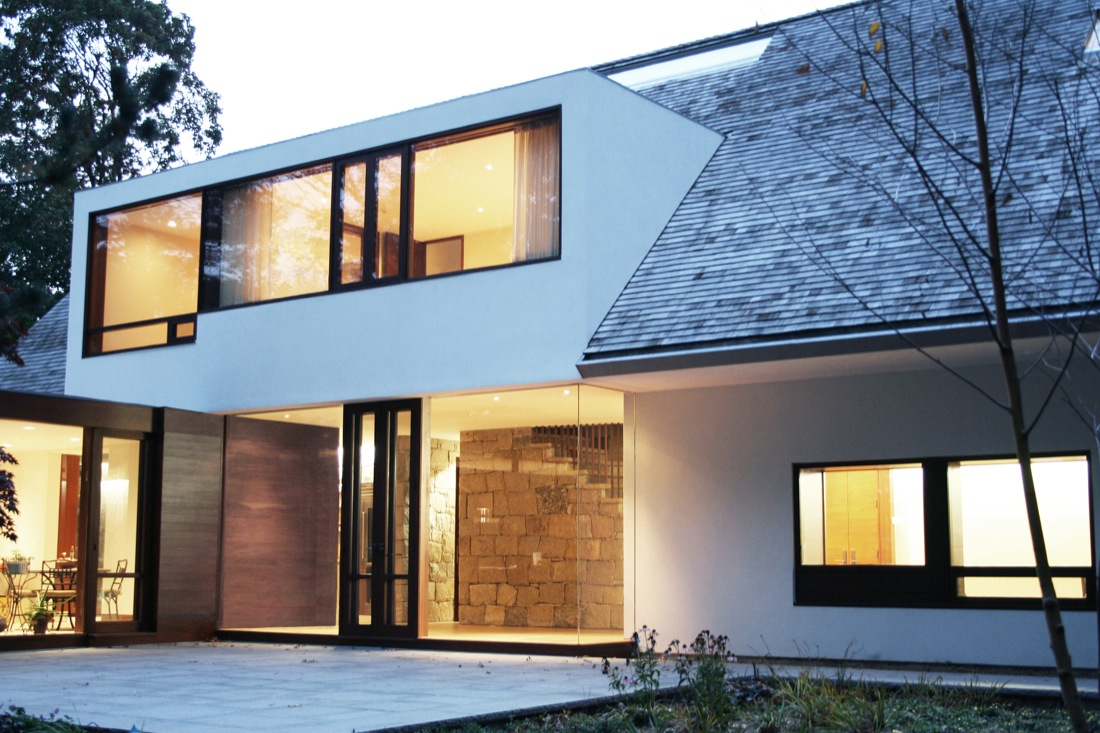 Text description provided by the architects. The clients, their children grown, wanted to scale down their lives and build a smaller, three bedroom house, with a ground floor family room that could become the master bedroom in the future, should stairs prove too arduous. An important design directive was that the house "fit" among the traditional homes surrounding the site, built in the New England Shingle Style, as well as a place that spoke of family; that their grandchildren would have fun visiting.

The client's desire for comforting images of home became the central question of the project: how to provide the familiar, while making something meaningful. The idea was to embrace the expected forms and materials of the surroundings that have come to represent domicile not in a nostalgic way, but as the prosaic basis for revealing images we find shelter from, and what really sustains us. To that end, the expected gable roof is abstracted into an archetypal image of home-a taught, pure, triangular volume-balanced precariously upon an imperfect single stone wall rising out of the bedrock. One has an intimate tactile relationship to this wall; sliding along it through the entry, cooking upon it, inhabiting it in the powder room, building a fire in it, stepping onto it to the second floor bathroom, where one ultimately bathes in it.

The material palette was kept simple: reclaimed wood, local stone, water, and light. Their individual characteristics and roles overlap each other, invoking the relationship between things that continually change-the seasons, the movement of the sun, wind rippling across water, or the graying of cedar shingles over time-and the things that remain, such as immaterial emotions and familial ties-more lasting at times than bedrock-and how these apparent opposite inhabit each other.

In the end, sunlight enlivens old stoic stone, patios reach out to catch the fallen leaves of an old tree, and the imagined becomes inseparable from the real, in that wonderful state of grace grandchilden live in.