Text description provided by the architects. An extensive stock of mature trees forms a green envelope around the land and buildings at Chilestieg in Rümlang. The 6,453 square-metre site is bounded to the north by Chilestieg and to the east by Glatttalstraße. The low-density residential development Baumschlager Eberle Architekten have planned here reveals a sensitive response to the texture and arrangement of the surroundings. The location and orientation of the three buildings with their three or four storeys take due account of the structures in the vicinity. The buildings are carefully embedded in the gentle, flowing landscape around the site, and the generous spacing between them underlines the park-like character of the development.

The hexagonal layout of the buildings with their 1,607 square metres of building area and shimmering facades give the multi-family dwellings a striking appearance. Their alignment relates to the streets and surrounding structures. Three-millimetre-thick, galvanized sheet steel has been used for the rear-ventilated facade system. In the words of Sabrina Contratto, manager of Baumschlager Eberle Architekten in Zurich: “To enhance the hexagonal shape of the building a material was chosen for the facade that brings out the edges and corners of the construction in a precise and clearly recognizable manner.” The metallic surface captures and reflects the light and surrounding greenery, thus reinforcing the impression of polished surfaces. The joint pattern of the steel sheets has been made as large as possible and is geared to the shapes of the window openings.

Forty-one apartments with 3.5, 4.5 or 5.5 rooms have been accommodated in 4,256 square metres of net floor space in three multi-family dwellings. Most of the apartments face south and west. Each apartment has ceiling-high loggia windows in the living area to ensure maximum daylight.

The ground-floor apartments have gardens in front for the tenants’ private use. Sabrina Contratto: “The greenery of varying heights planted between the buildings and the trees on the edges of the site underlines the high quality of the open space design.” The hedges of different thickness and flowering shrubs provide a natural boundary between the public and semi-public areas and the private spaces. 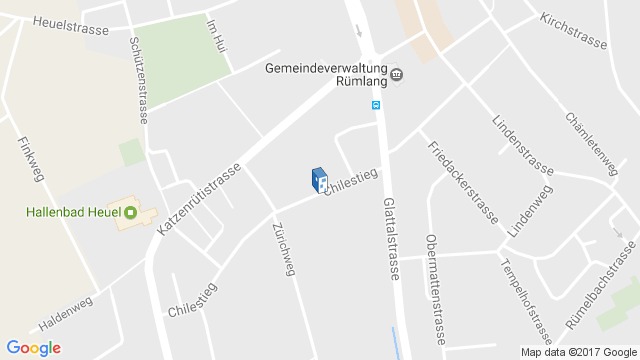 Location to be used only as a reference. It could indicate city/country but not exact address.
Share
Or
Copy
About this office
Baumschlager Eberle Architekten
Office
••• 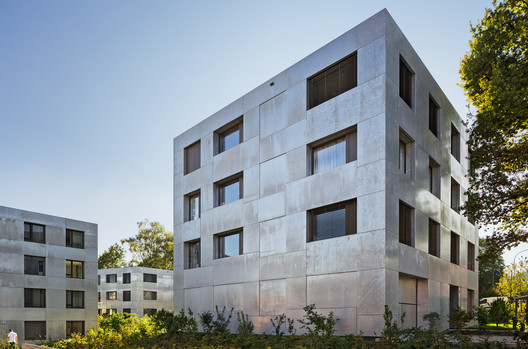