Save
The Fossilized Soviet Architecture of Belarus, in Photos
Share
Or
Copy 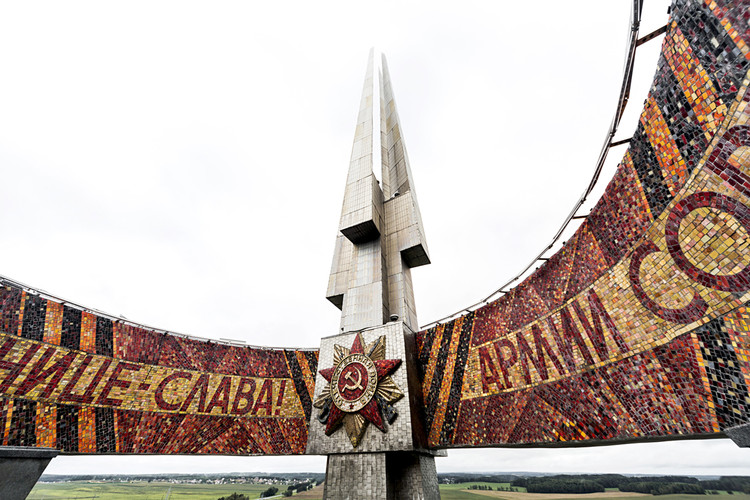 As a result of heavy resistance to German invasion in WWII, much of the traditional Belarusian architecture, which included wooden houses, Baroque palaces and cathedrals, and Renaissance-inspired castles, was destroyed. [1] In 1919 the city of Minsk was chosen by the USSR as the capital of the Byelorussian Soviet Socialist Republic, and as such was the site of Soviet efforts to rebuild and modernize after the wars, along with other cities such as Kiev and Smolensk. [2]

The rebuilding process of newly Soviet cities had to happen quickly, as many people had been displaced from their homes during the war. New apartment buildings and public transportation infrastructure were constructed in urban centers to facilitate industry by housing labor close to the country's production zones. The massive, concrete housing blocks that still exist in Belarus are a direct result of this urgency to house the populace, and constitute one aspect of the country's remaining Soviet Architecture.

But social and economic need was far from the only factor for urban construction in the Soviet Republic of Belarus. Expansive boulevards, monuments to the city’s resistance of Naziism during WWII, squares, and grandiose government buildings still remain from Minsk’s communist days. [3] These projects were carefully planned to convey an image of the Soviet Union as both powerful and egalitarian victors.

Large public squares are found in front of majestic state offices, city halls, and upscale apartment buildings that were almost always inaccessible for most citizens. The juxtaposition of elitist structures with public space provided a veneer of populism that fit with the communist ideology. [4] These buildings used a state-approved set of architectural vocabulary that drew on political histories of the time periods in which they were popular--for example, pastiches of classical styles were acceptable because of the Greek’s association with democracy. [5]

Although some street and square names have been changed to reflect nationalism rather than communism, today this Soviet urban planning remains largely unchanged in Belarus. However, traveler’s accounts of the city explain that the lavish scars of the USSR sometimes feel like a touristic facade in the über clean streets of Minsk, possibly an attempt by the state to mask the more humble parts of the city frequented by locals. [6]

Under President Alaksandr Lukašenka, present-day Belarus has produced few architectural changes of note, further contributing to the image of Minsk as a Soviet-era fossil. Restoration of the colorful homes in Minsk’s Trinity Suburb is aimed at tourists (although the fact that they are surrounded by metal bars makes them difficult to enjoy), and the government is working on an application to UNESCO to preserve the city’s 20th century architecture, which speaks to its continued reverence of the Soviet style. [6] 2006 saw the opening of the infamous National Library of Belarus, which can be seen as a kind of postmodern interpretation of socialist monumentalism.

Interestingly, the official website of the Republic of Belarus is eager to advertise what remains of the country’s 17th-century architecture, while there is little mention of the Socialist Architecture for which it is most known, which could be symbolic of a coming change in Belarus as a “window to the Soviet past.”