Save
PLICO at the Flatiron / Elliott + Associates Architects 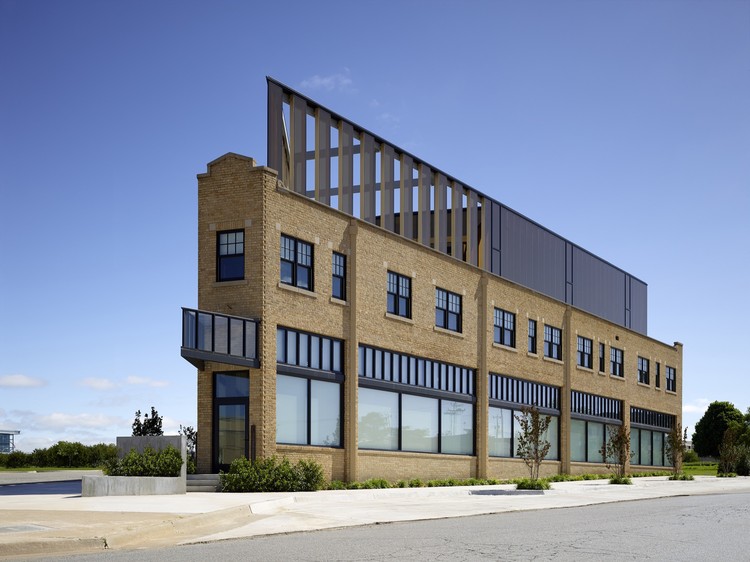 Text description provided by the architects. Built in 1924 by C.F. Meadors and originally the Como Hotel, this historic blond brick flatiron stood vacant and boarded up for 27 years. We have been waiting for 20 years for the opportunity to bring this corner to its full potential. We believe this corner should be the site of an enduring building, a lantern at the east gateway to downtown Oklahoma City. The project includes the renovation of the two-level flatiron building and the construction of a modern, yet complimentary rooftop addition.

The “flatiron” term originated around 1740, describing a cast-iron clothes iron, forerunner to the electric iron. Most were triangular, making it easier to iron around buttons.  By the mid-19th century, the term had been ascribed to wedge-shaped sites and buildings.  The 1902 Flatiron Building in Manhattan (the original Fuller Building) at 23rd and Broadway made the shape famous.  Found in cities around the U.S., iconic flatiron architecture is sought-after and illustrates purity, stability and strength.

The area's historic triangular buildings were built soon after OKC's electric streetcar routes were drawn a century ago. The Harrison-NE 8 Route cut a diagonal path from NW 4th Street east of Broadway to NE 8th at Stiles Park, west of Lincoln. The four surviving historic triangular blocks form the core of the city’s emerging Flatiron district.  Streetcar tracks are still clearly visible under the adjacent railroad overpass. The renovation of the existing two-level and the addition of a third for a 1924 flatiron building into an office for PLICO, an insurance company serving physicians and other professional groups.

The third floor will be used for company functions including a boardroom, conference room, rooftop terrace, a kitchen and space for future growth of the company.  The design approach is to make the new third floor addition a modern feature and a respectful, complimentary addition to the existing building.  The third floor is differentiated from the existing brick building through materials and setbacks, and relates to the Flatiron building in shape, scale, color and detailing.  Spectacular views of the Downtown skyline are rare. 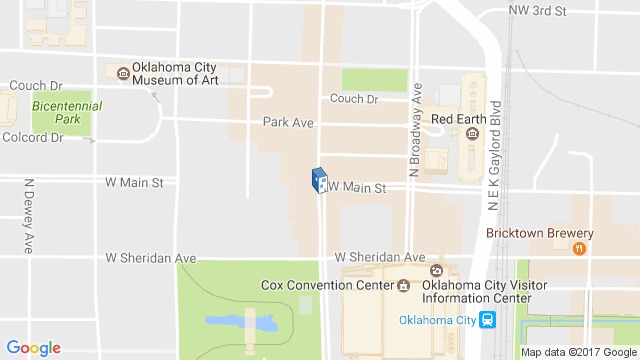 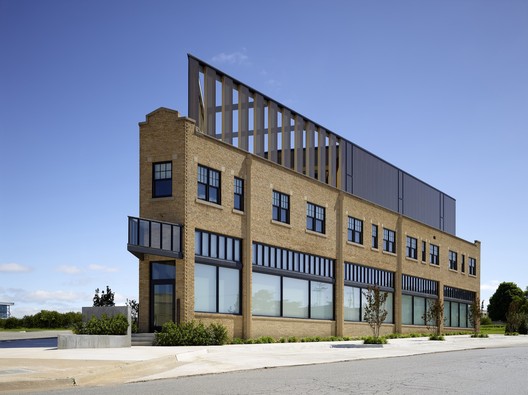