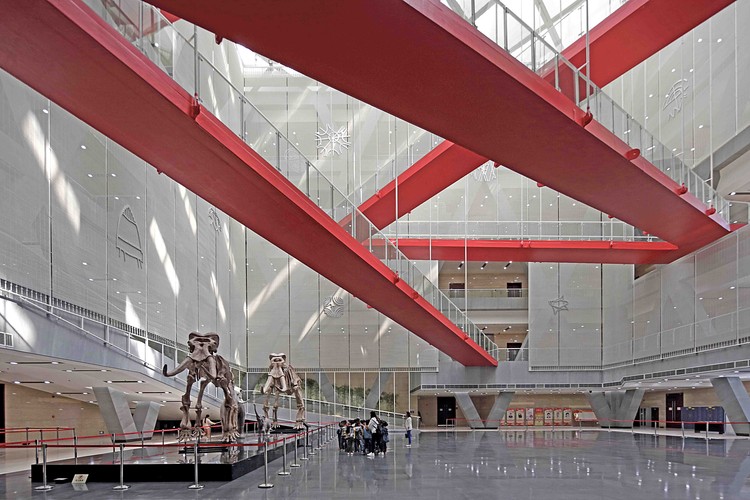 Text description provided by the architects. In China, urban plan usually put cultural buildings with administrative center, trying to build a political and cultural center under axis control. Consequently, the layout of cultural complex is forced to meet the political needs, and their publicity has to merge with political seriousness. While our design manages to give consideration to both symmetrical layout and solemn political image, and openness as well as closeness to people.

Covering an area of 68,333㎡, Bengbu Museum & Urban Planning Exhibition Center, located in Bengbu, Anhui Province, is composed of two buildings, a museum and a planning exhibition center. The design strategy is to introduce people-oriented public activity first through leaving urban green space in the north side, building urban square in the middle of the two buildings, which can satisfies the need of performing local art “flower-drum lantern” and residents’ daily entertainment.

The facade of museum resembles the texture of rock stratum section in order to create a sense of stack-up; in the sunny atrium, suspension bridge is not only a space statue, but also an important public space. Atrium becomes an urban saloon, rather than a simple visual place. While Urban Planning Exhibition Center shows a totally different style with silver gray perforated aluminum panel. The designing of the center changes traditional sand-table viewing mode, so that visitors can look at the Bengbu Model from different angles and heights via rising spiral ramp.

Inspired by picturesque gardens built in the Southern Song Dynasty, our design attempts to create an “roaming around” experience mode, so as to explore the possibility of ramp spatial narrative. Only with user’ participation, can the space be more significant. Imagining that people walk on the folded and roundabout ramp in the museum or spiral ramp in the exhibition hall, one can see that the combination of linear narrative mode and continuous and causal spatial sensation turns out to be marvelous experience and dramatic space construct. 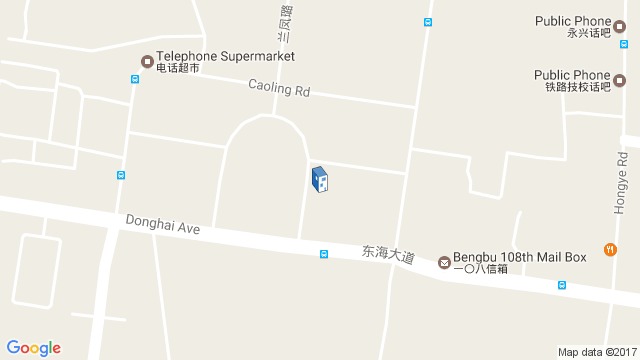 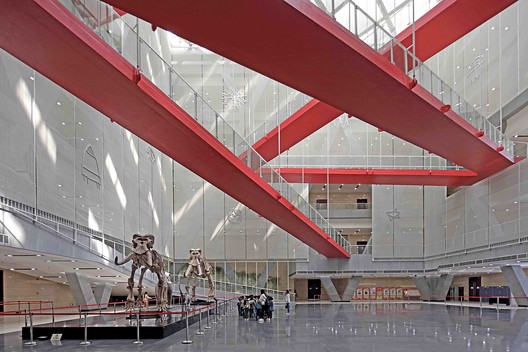