Have you ever felt yourself teetering on the edge of insanity? Or how about being this close to your tipping point? No? Well, it seems that architect Christophe Benichou has, and the result is a cubic small scale structure balancing upon the precipice of Pic-Saint-Loup.

Aptly named Tip-Box, the fictional project was originally conceived for a soon-to-be 30-year-old friend of Benichou’s. Perhaps realizing that presents should be restricted to more traditional boxes, the space is intended to serve as an outpost for contemplation and rest for hikers in the mountains of Montpellier. 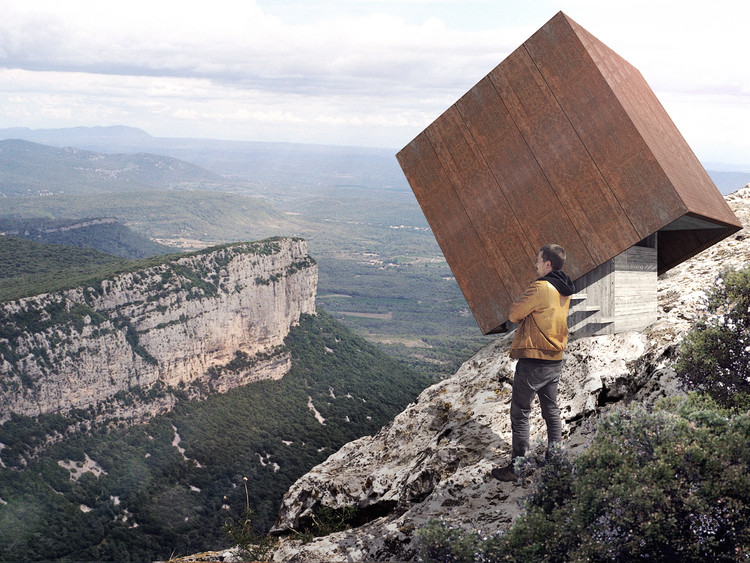 Its mind-blowing verticality is also a praise to the void and an ode to vertigo and that is what The Tip-box intends to embody, says Christophe Benichou.

Almost, but not quite tumbling over the cliff edge and into the abyss, the minimalist cube offers 360 degree views of the magnificent surrounding environment, from the Mediterranean Sea to the Cévennes. Undyingly poetic, the structure is “a praise to the void and an ode to vertigo”, channeling the uncomfortable and unknown in a single spatial experience.

After scaling the wooded hillsides and ascending the prominent mountain, hikers will experience a sudden rush of adrenaline and fear as they are met with a steep path to the cliff’s edge, only to realize that they are in fact completely safe within the solid East/West walls and under the perforated roof.

Its structure in terraces and a tilted envelope directs the visitor's eyes towards the foot of the cliff and virtually projects them into the void. That lay-out gives him an ambiguous feeling of a motionless fall or imminent take-off.

The cube is clad in a tilted envelope to propel the viewer forward and to heighten the sense of the void and suspension mid-air at a point of various departures. The project compliments and highlights the beauty of the Montpellier region, and while it provides an exciting new experience, it simultaneously ceases to exist by refocusing the viewer towards the natural environment.

Though the Tip-Box is best experienced conscious and awake, should hikers wish, they may spend the night in the cube, sheltered by the lower part of its structure.

Live on the Edge with OPA's Casa Brutale 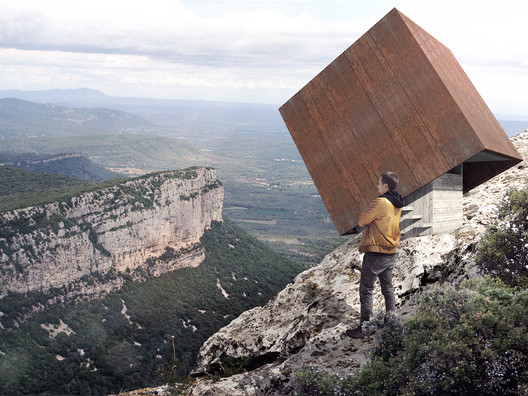