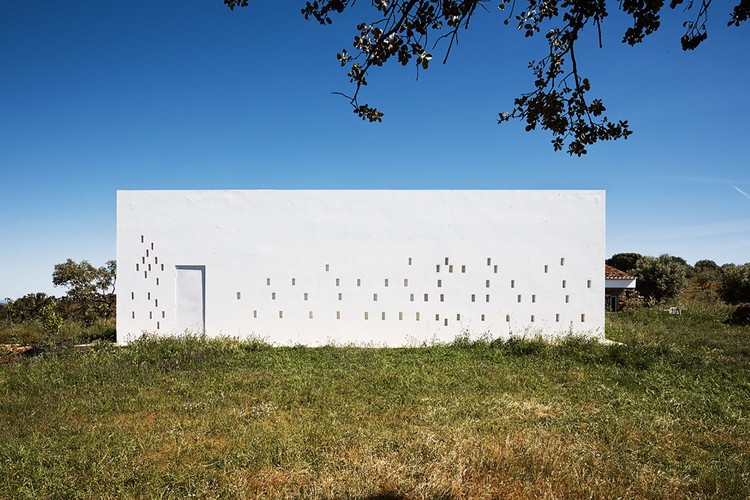 Text description provided by the architects. Passing by Alandroal, on a territory marked by scattered settlements and the proximity of the Alqueva dam, we arrive to Monte da Silva. The house, whitewashed, emerges on top of a small hill overlooking the other side of the border. A chimney, somehow unscaled, and a cover in roof tiles accentuate the silhouette of the building in the landscape.

The project stems from the interpretation of the evolution of the existing house: a simple gable house built in two phases. The final proposal (C) develops a relationship of continuity with the existing one. In the main house is added a new body plastered in white and covered with red roof tiles. Two patios and an outdoor yard establish mediation with the surrounding landscape.

Something must be said about the project process. Six proposals were developed that stand out the A, B and C. Between the beginning of the crisis (2008) and its confirmation, the area of the house was decreasing. Between sketches, models, emails, desires and wishes the work was being drawn by the contingency of these years. 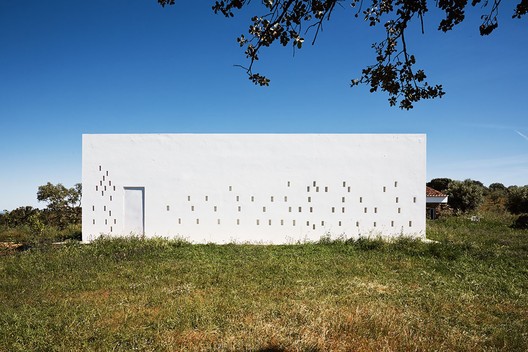