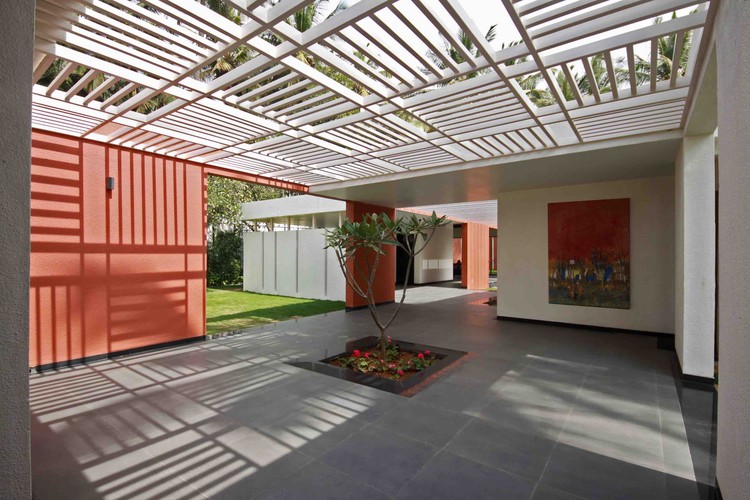 Text description provided by the architects. The 3 acre plot with FAR of 2.25 is set in the heart of Whitefield, with road access on the western side. The site revealed itself with a multitude of palm tree plantation scattered all around the area. One enters the site at a higher level after which the land gradually slopes with a drop of 3m connecting the vision till the end point of the site.

The idea came from the existing trees on site. Following, the irregular pattern created by the landscape yet defining a path was an approach taken for designing the Experiential Centre. The entrance to the site is at a higher level which was kept unchanged by placing the built mass at a lower plain intercepting the hustle bustle of the everyday life.

‘’The Centre was visualised to be an experience by itself. A journey guided by architecture and its elements, a path to sense the intimacy of the built with the unbuilt; breaking the chords with the outside, to feel the quietness and tranquility on the inside. The idea was to build around the extant natural surroundings.’’

UNFOLDING THE IDEA:The meticulously designed architecture guides the journey of the visitor through the complex. It offers the user with a unique enthralling experience that enchants the body, mind and soul. The tactfully created zones are layered across the expanse of the project and in his journey; these layers slowly unravel before him, adding a new dimension to the overall experience. He is constantly drawn to his surroundings, thereby engaging his curiosity and interest. True to the spirit of design, instead of creating artificial attractions, the existing trees on site were retained and captured within these zones, each forming its own pocket of privacy and serenity, creating a unique tranquil ambiance slowly unravelling with each step into the labyrinth of frames. Following, the irregular pattern created by the landscape yet defining a path was an approach taken for designing the Experiential Centre.

THE DESCENDING VISUALS.
The entry into the plaza is through a series of ceremonial steps. At first, the visitor gets a broader view of the site and its surroundings. This frame narrows further as he walks towards the entrance plaza with hierarchy in spaces, where after a noticeable distance his vision gets captured between the slits created along the curved planes. The walk around the centre is thus, intrigued due to the visual frames placed at every instance, framing the observer’s sight so as to appreciate the architect’s thought.

THE INTRIGUED PATH:
The curvature always guides but also hides what lies ahead creating inquisitiveness in the viewer. The consciously placed slits in the planes partly reveal the views ahead, making the visitors curious each time they comes across one. This journey along the curved path is of those untold vistas which leave a series of afterimages in the visitor’s mind.

SHADES OF THE SUN.
Light has been used as a tangible material; a living design element that keeps morphing as the day progresses and a series of pergolas has been crafted all around to capture its natural beauty. The movement of shadows amidst the freshness of the luxuriant greenery all around plays the perfect counterpart to the neat lines of the built structure itself. The shadows keep changing and evolving throughout the day letting a person adore nature as it animates. 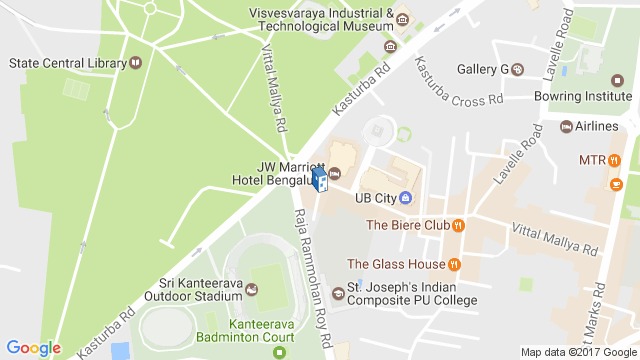