Jungwoo Ji (of EUS+ Architects), Bosuk Hur (of Folio:), and Suk Lee (a fourth-year student at Iowa State University) have won the Liberty Museum / New York competition with their speculative design for a museum at the site of the Statue of Liberty National Monument in New York City.

Inspired by the concept of civil candlelight marches against social injustice in Korea—the designers’ home country—the proposal is designed to be an architectural device that reflects human rights and social justice disparity in real time. When visitors send messages, namely tweets, about dire events in their cities to the museum with their phones, each unit of the proposal receives electronic signals and changes its position to point towards the region in question. 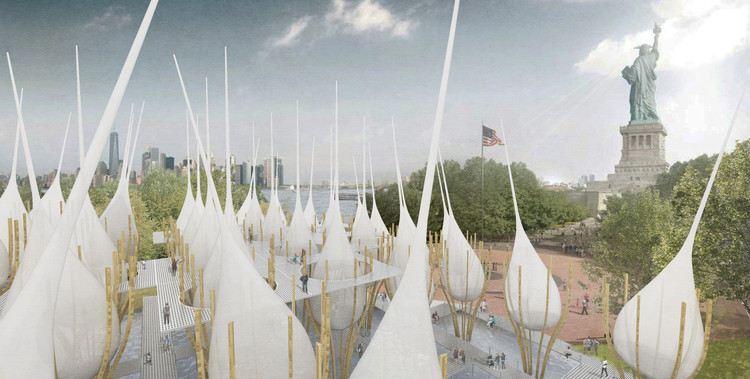 Ultimately, the goal of these modules is that they all point directly upwards, meaning that human rights and social justice are succeeding on a global scale.

To contrast the verticality of the Statue of Liberty, the museum proposal—dubbed a new “Social Justice Media,” meaning a new social media platform centered on justice—features a horizontal landscape.

Additionally, each unit is designed to display regional human rights and justice situations by projecting images onto its surface.

Learn more about the project here, or about the Museum design that will be physically built, below. 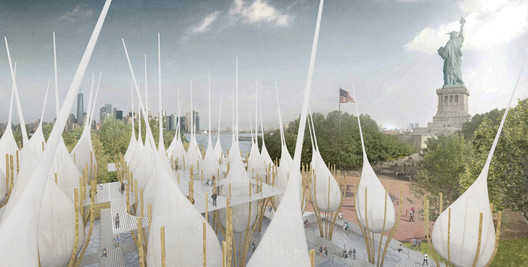