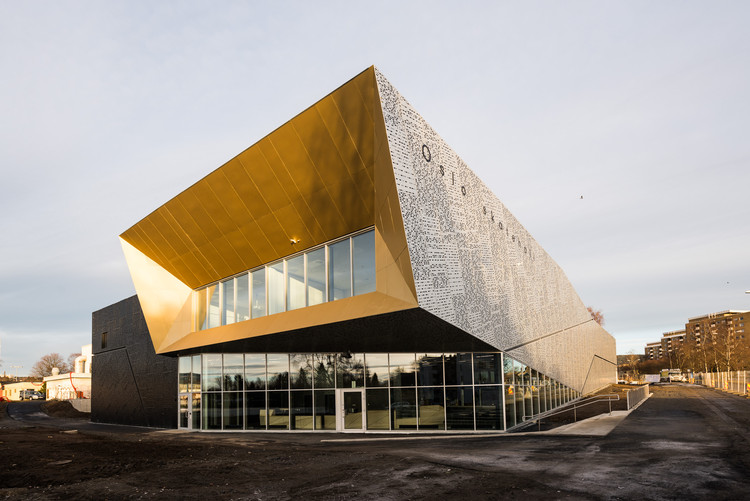 Text description provided by the architects. Skateboarding was banned in Norway on 1 September 1978, with the intention of preventing serious accidents. This did not discourage the skateboarders, and the skateboarding scene grew steadily. When the ban was lifted in 1989 the interest exploded. Skateboarders went from being lawbreakers to celebrities and youth idols. In January 2017, 28 years after the ban was lifted, Oslo finally got its own custom-built venue for the today a well-established sport. Oslo Skatehall stands now as the best custom-designed skatepark, and one of the largest of its kind in northern Europe.

The architectural signature of the building is conceptually rooted in the elements and movement of skateboarding, thus exposing the hall’s function. The structure is dominated by two distinct and contrasting volumes, one light and one dark, which share the same architectonic language. These two structural elements form cantilevers, inclined in opposite directions to the underlying terrain. Raised in the east and west, they create dynamic diagonal lines in the landscape. Each cantilever has broad borders of golden metal sheeting, accentuating the dramatic forms and providing frames to the large, glass panels. Visual contact between interior and exterior is maintained through these glass facades, presenting a tantalizing impression of the building from a distance and allowing viewers outside to follow the action inside. The connection between interior and exterior space, coupled with good legibility in the layout, create a sense of security, clarity and order. The spacious dimensions of the hall give participants and spectators full access to the activities, which can even be observed from the café, making this an attractive vantage point.

The skatehall is situated in a prime location, surrounded by large outdoor recreational areas in Voldsløkka, part of Oslo’s Sagene district. The main entrance faces west and leads directly into the lobby and café, which are clearly visible through the glass façade in the south-west corner of the building. The huge cantilevered elements create a natural shelter over the entrance and outdoor seating area. In the summer months, the café opens up to this outside space and invites you to sit in the sun at tables or in the concrete amphitheatre which is set into the hillside beyond. To the east of the building, a terraced skatepark connects the different levels of the terrain, linking the concrete park at the base to Voldsløkka’s prime walking path at the top. From the amphitheatre and walking path, skating activities outside in the park and inside the hall can be experienced simultaneously. When the gates and doors are opened, these interior and exterior skating spaces become fully connected. This distinctive feature of the building creates unique possibilities for major events and competitions. The dramatic lines of the structure are echoed in the outside facilities, which respond to the landscape, connecting with the wider spaces of the recreational area. 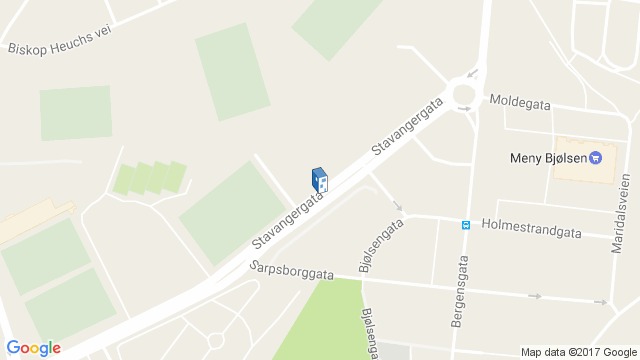