Chicago may be about to receive a new supertall skyscraper in the heart of the Loop – but it would require the demolition of one of the city’s most polarizing buildings, the James R. Thompson Center, designed by Chicago architect Helmut Jahn.

Owned by the state, the postmodernist Thompson Center and its colorful glass atrium have been the subject of both criticism and adoration since its opening in 1985. But wear on the building throughout the years has led to an estimated maintenance bill of $326 million, prompting the state government to find ways to rid itself of the potentially crippling costs. 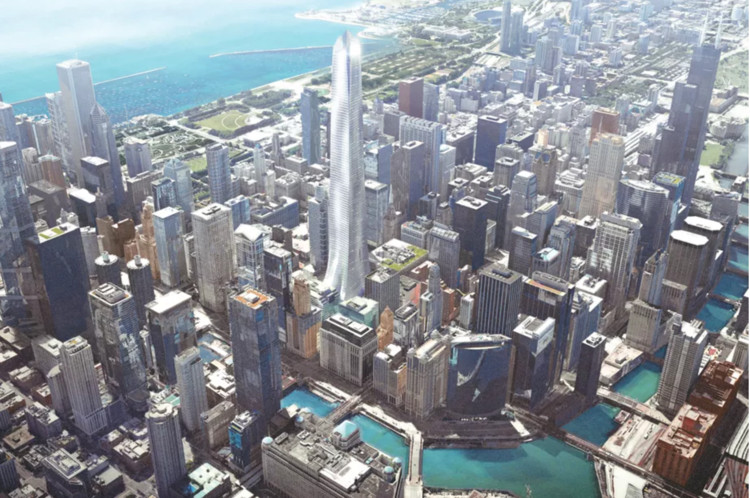 In late 2015, Governor Bruce Rauner proposed a sale and demolition of the building for an estimated $220 million, but the motion was thwarted by the Democrat-controlled Illinois General Assembly.

Now, the state has returned with a more concrete plan that would include a 1,700-foot-tall tower designed by Adrian Smith + Gordon Gill Architecture containing mixed-use space, illustrating the vast potential of the site. The tower would house office, residential, hotel and retail spaces, while surpassing the Willis Tower as Chicago’s tallest building.

Learning of the Thompson Center’s potential fate, Helmut Jahn’s firm, JAHN, responded to the news with a proposal of their own that would add a 110-story tower to the edge of the site, integrated into the existing building.

As of now, all proposals are purely speculative – any sale of the building would require planning to relocate hundreds of state workers along with satisfying long-term retail agreements.

Read more about this story, here.