Steven Holl Architects has revealed plans for a new Cultural and Health Center to be located in Shanghai’s Fengxian District. Set into the public landscape, the two buildings will serve as a “social condenser” aimed at integrating the community of surrounding housing blocks together into a park along the Punan Canal. 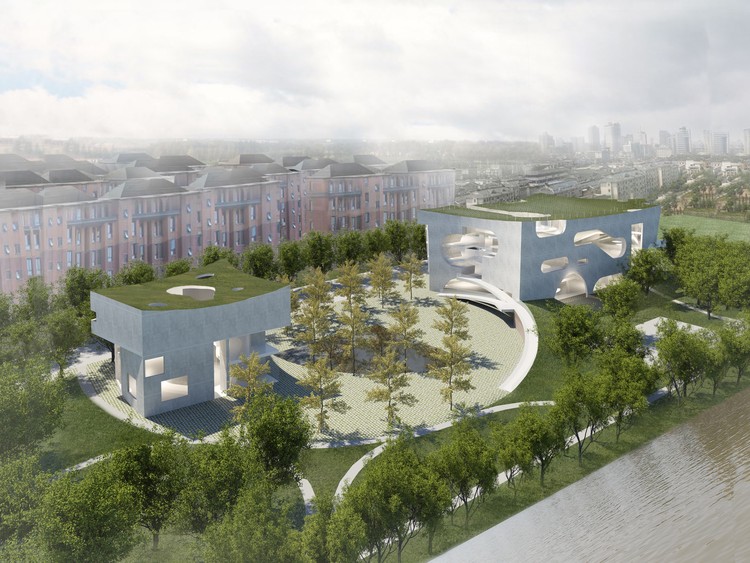 Employing an open, community-driven approach, the project scheme has been inspired by the concept of  “Clouds & Time,” a reference to philosopher Karl Popper’s famous 1965 lecture on the evolutionary model of free will, “Of Clouds and Clocks.” Several clock-like circles form the central public space, where the cloud-like, white concrete buildings invite in visitors through their porosity and openness.

The Cultural Center has been designed for maximum community interaction, featuring a library, gym, exhibition areas and recreational facilities. The white mass of the upper floors hovers above a transparent glass base, exposing a café and game rooms. From the base, a curved ramp leads visitors up to the second floor. A variety of openings along the facade provide a connection between the interior and the wider neighborhood outside.

Across the plaza, the footprint of the Health Center has been dedicated by the curves of the landscape, strengthening its relationship to the plan’s core concept of “Clouds & Time.” Within, the building will house a health consultation and education center, which will include a pharmacy, consultation and examination rooms, a nursery area and lounges.

Both buildings will be finished off with green sedum roofs and will feature geothermal cooling systems while the quarter circle pool and fountain in the central plaza will provide rainwater recycling. Together, these elements will allow the building to achieve a LEED platinum certification.

“To work on Architecture for Culture and Health is a social commitment, during these challenging times,” commented Steven Holl.

The project was commissioned by China's largest food processing company, COFCO, in the Summer 2016. 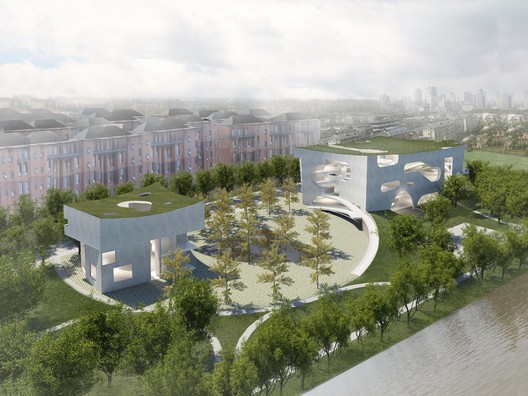