While Spots was designed for the Paris Olympics, where modules would be hooked to the riverbanks to create a complimentary route for the Games, facilitating a greater exploration of the city, the micro-typology of the project could be applied “to any river and city,” as well as to Parisian suburbs and industrial areas. 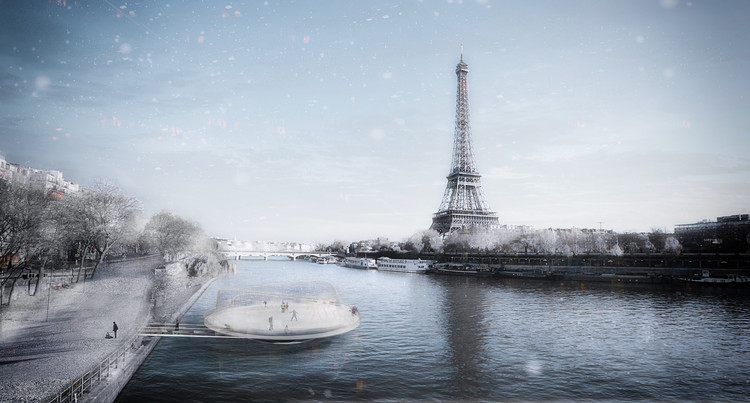 Depending on the width of the river and various related logistics, some “spots” would be detached from the riverbank to float in the Seine.

Spots will be designed according to the principles of a bioclimatic design approach, taking full advantage of green energy in order to become as autonomous as possible, noted the architect.

Spots is a part of ANSKA’s research project entitled Invisible Potential, which explores how more than ¼ of Paris could be reactivated. 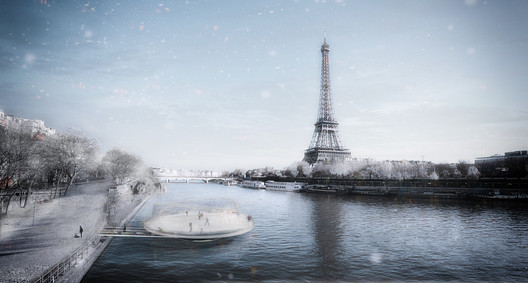