ADEPT Architects has won the commission to design a new masterplan for the Budapart neighborhood of Budapest, a project that will become the largest singular urban development in the city for nearly 30 years. Based on a distorted grid structure, the design will reference both historic and modern parts of the city, and will encompass 54 hectares of mixed-use space.

Located on the [‘Buda’] bank of the Danube River, the Budapart masterplan aims to create a green and human scaled neighborhood rather than just another new modern development. The fantastic location on the waterfront, the existing characteristic landscape qualities and the close vicinity to the central city are the main attractions that each generate huge potential to make the new neighborhood an epicenter of its own, described the architects in a recent press release. 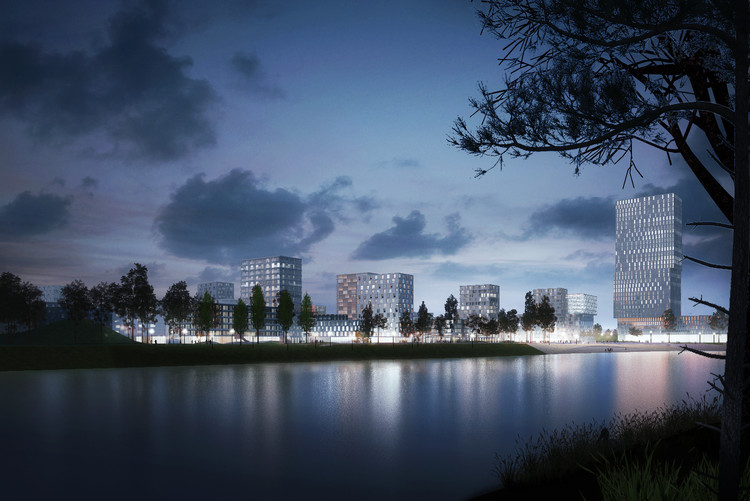 In an effort to keep the inherent assets of the area, the Budapart plan mixes together the irregular and historic quality of the city with a rigid urban grid, creating a design that combines flexibility with a human-scale streetscape.

In total, the masterplan incorporates a large ratio of green space, as well as equal proportions of office and residential space. The plan additionally seeks to strengthen riverfront links and improve public access to the Danube, highlighting the historic and future importance of the river as a cultural and economic asset.

Construction of the project’s first buildings—all of which will total 600,000 square meters upon completion—has begun.