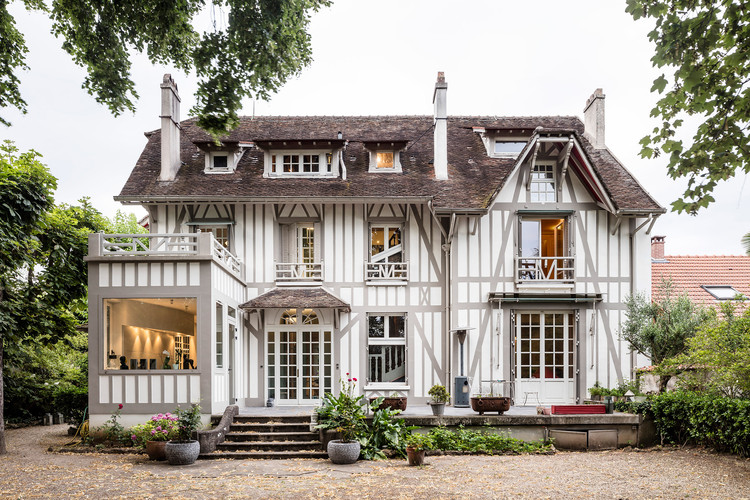 Text description provided by the architects. For the interior reform of this “Maison à Colombages” from the late 19th century, we selected the remarkable elements of the house so that the intervention can be adapted to them following the unity of the whole house to improve its functionality.

On the ground floor we removed part of the existing partition so we could connect the main living areas such as the living room, the dining room and the kitchen, achieving a concatenation of spaces until the garden. We also improve the functionality of the entry with the addition of a new built-in furniture that stores a wardrobe and a bathroom while separating the entrance from the kitchen.

On the first floor we followed the same criteria, identifying the characteristic elements that went overlooked over the past amendments, such as the magnificent existing alcoves, restoring their clarity and characteristic features. These two bedrooms will be renewed setting a contemporary renovation as well as improving its clearness and functionality.

In the main bedroom, we re-placed the alcove next to the bathing area that incorporates the shower and the bath in a volume made of marble. As for the children’s bedroom, the alcove follows the same symmetry of the original room, reaching the same definition on both bedrooms.

The renovation succeeded in revaluing the qualities of the original distribution, applying coherency as a whole and improving its clarity and functionality, as well as permitting flexibility and visual relationships between the spaces.