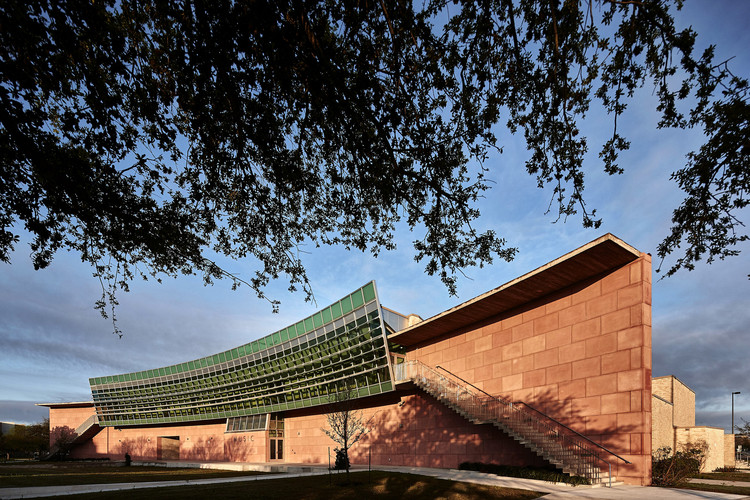 Text description provided by the architects. This project is an initial phase of a larger program to provide much needed expansion and renovation to the aging facilities that serve the nationally-recognized Del Mar College Music program.  The project includes two recording studios, a rehearsal hall, and music laboratories and classrooms.  The original building, built in the 1950’s and 1960’s was dominantly oriented to a campus perimeter street, away from the pedestrian core and life of the campus.  As music provides an important element to the campus cultural life, it was considered a key project opportunity to provide significant campus benefit beyond technical scope of the project – to utilize this initial phase to re-direct the Music Department to the heart of the campus, to create better pedestrian linkages to the campus, and to begin delineating new, lively campus outdoor spaces.

The design seamlessly extends the established campus materials of buff brick and pink cast-stone while energizing the urban campus core with a dramatically curved glass curtain-wall with integral solar shading.  This concave new dominant facade expresses musical qualities of meter and movement and offers a new architectural identity for the Music Department facing the historic heart of the campus.  Additionally, it boldly scribes and enhances an important but previously obscured north/south campus path, and creates an acoustic and visual backdrop for a planned-impromptu amphitheater carved into a new campus courtyard to the east.

Product Description. The curved glass curtain-wall with integral solar shading expresses musical qualities of rhythm and expression.  It forms the concave facade that creates an acoustic and visual backdrop for planned  and impromptu performances. 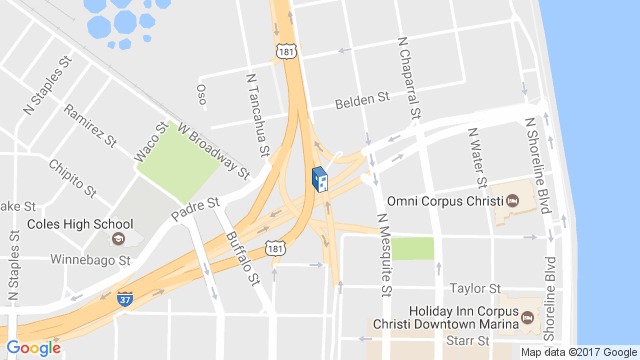