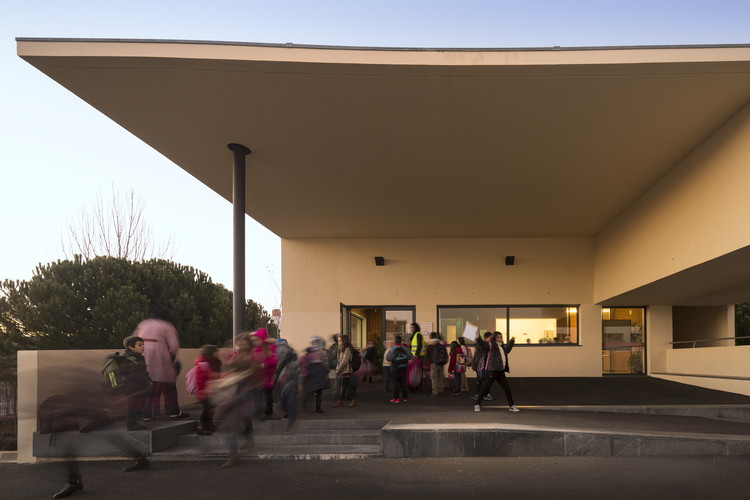 Text description provided by the architects. It is an extension of a primary school of the 2nd / 3rd cycles, typified eighties, in Sernancelhe.

The school is on the edge of the village, where everything is evenly dispersed, as a large village; does not distinguished rural from urban.

The new body is implanted in a small wooded forest that defined a small interior meadow, at northwest and in the lower level of the forecourt of the existing school. It is a green pearl, which matters memorize; the desire to build a new school in a small park, with its formed and consolidated garden, was intense and irresistible. Conveyed a timelessness.

The project draws on negative of that tree mass.

Constructs in bridge and two volumes. What remains the front of the existing school, ties to the platform and lands in the cover of the other that is perpendicular to it, the lower level and occupying the garden clearing. The two create the necessary covered recreation area, and articulate the exterior spaces of leisure. The garden retains its continuity and identity.

The typology is clear. Teaching spaces in the bridge volume, living spaces in the support body, all structured by a corridor with vertical access at the extremes. It is dynamic and organic design space, which is reinforced with its low height, closer to its users.

In the northwest top, the bridge volume want to continue without being able to do it. The pine grove is his limit and contour. 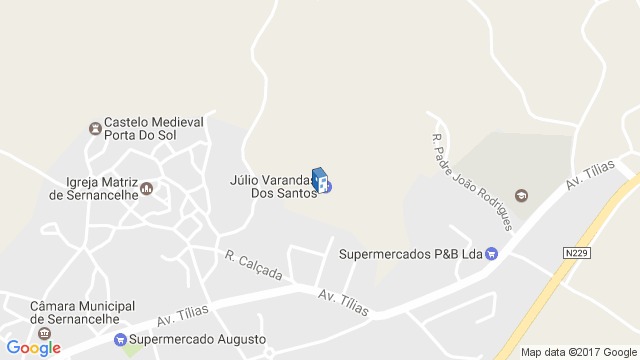 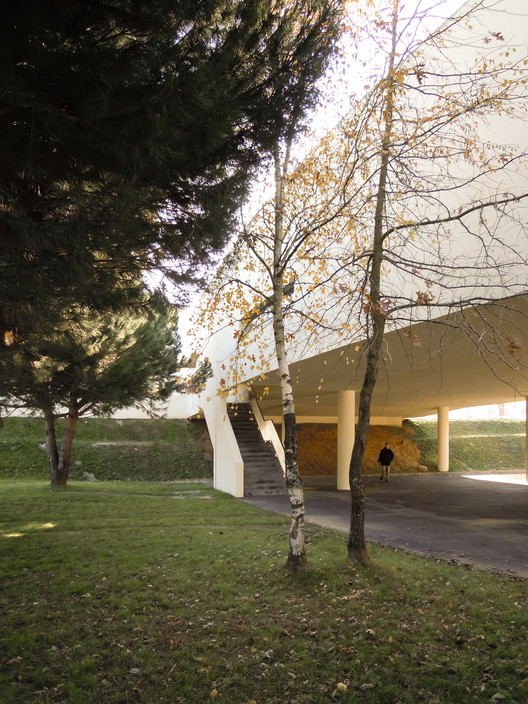 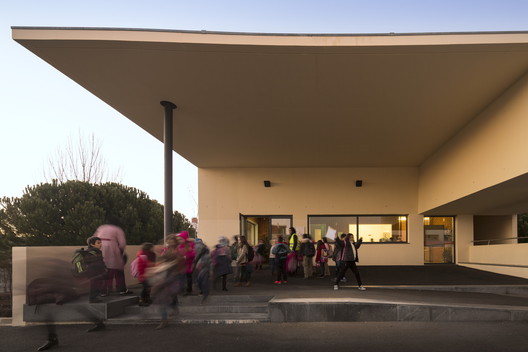