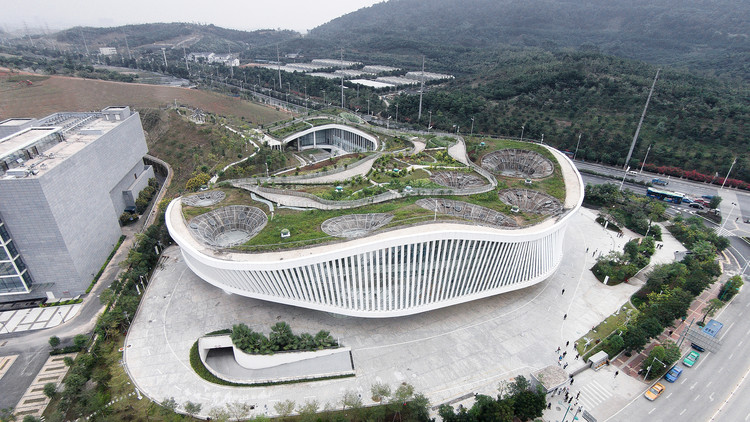 Text description provided by the architects. Urban planning exhibition halls in China should be public buildings for citizens, but in reality, these buildings are largely used for government to attract investments. Therefore, a grand square built in the front helps to highlight the elevation of the box-like building. It is common in Chinese that public buildings only show the power of the authority, instead of serving the public. The project is located at the edge of a mountain park. If we take the common practice, the building has to step aside to make sure there is enough space for a grand square, which means we need to excavate the mountain and build a 10-meter-high wall. In this way, we occupy the park where people could have taken a walk, create an unnecessary square and a huge building filled with negative space. In order to preserve the park, we build part of the exhibition hall on stilts as public space, not just empty ones. The space in the shade allows not only for outdoors exhibitions but also people to take a stroll. So citizens will get closer to the hall and exhibitions. The roof transformed into an artificial hill with ups and downs integrates the hall into the mountain of the park, making the prominent feature of the design. The roof helps the preserved mountain become the landscape feature of the design, meanwhile, expands the area of the park. All in all, the architects intend to provide people with a public building as well as a larger and more interesting garden.

A free-form surface has been introduced in the design to blur the shape of the hall, rather than the symbolic facade. When you walk on the roof, you can find different levels of beauty of the hall from various perspectives, which encourages people to wander the hall and enjoy it.

The roof is made of dozens of trumpet-like steel structures. They are both suitable for the topography and perfect supporting structures of the hall, creating a large span space of 33 meters inside and an overhanging space of 15 meters outside the hall. In addition, these structures serve as not only accesses to bring in light and collect water, but also interior staircases and equipment rooms.

An urban planning exhibition hall always sounds like its city, hence we should show the city image through a hall basing on local people’s needs, the respect for nature and human-oriented values. We should merge halls and environment so that citizens can see the integration of architecture, landscape, future city and daily life. Here we try to make the best use of the city space by means of architecture design to gain a win-win result between the government and citizens.

The hall has been put into operation while its garden on the roof has been blocked to the mountain park by a fence, which explains local authority wouldn’t easily accept the spirit of openness and publicity. Nevertheless, Nanning Urban Planning Exhibition Hall has made clear its open attitude that it is ready to embrace the future. 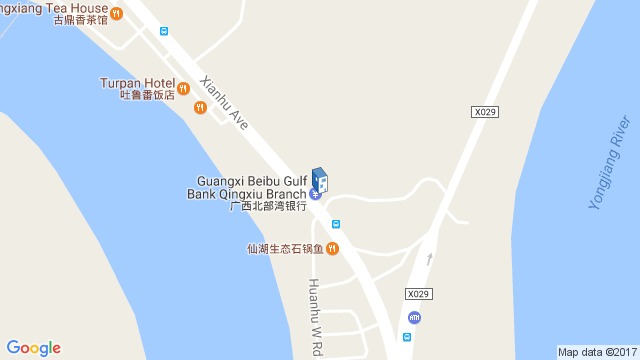 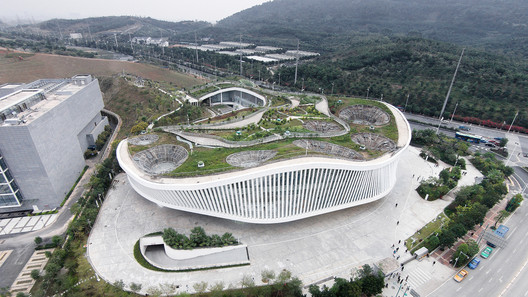