At its best, architecture has the power to confront the world’s most urgent social and environmental issues. The Los Angeles River sits at the center of many of these issues, thanks to the long-overdue plans to convert it from a concrete canal back into a social space and an ecological corridor; and thanks to its position as a symbol of the drought in California. In this serene video by filmmaker Chang Kim, the full length of the river is put on display, exploring a resource that is the topic of much debate in the Los Angeles area.

The film comes at an important time in the river's history as several architects are in the process of lending their talents to revitalizing the river. In 2015, LA officials named Frank Gehry the leader of a pro bono effort to construct a 51-mile master plan for the area, including the development of public areas, bridges, and walking and cycling paths. Additionally, the city selected Gruen Associates to lead a team with Oyler Wu and Mia Lehrer + Associates to design a 12-mile greenway along the river. In many ways, Chang's film may be a key historical document, immortalizing the condition of the river before its transformation. 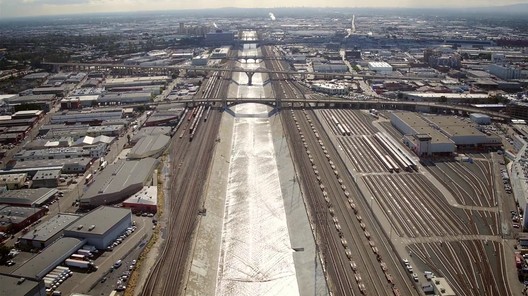