David Adjaye OBE, principal of Adjaye Associates, will be Knighted by Her Majesty Queen Elizabeth II for his services to architecture at an investiture in 2017. The Central Chancery of the Orders of Knighthood at St. James's Palace, who administer the Knight Batchelor awards that will be bestowed upon the architect, described Adjaye as "one of the leading architects of his generation and a global cultural ambassador for the UK."

In September of this year Adjaye celebrated his 50th birthday and, at the same time, completed the largest project in his career to date: the Smithsonian Institution’s National Museum of African American History & Culture on Washington D.C.’s National Mall. The practice also won the competition to design Latvia’s first Museum of Contemporary Art and were announced as the master plan architects for the major San Francisco Shipyard redevelopment. Most recently, the firm was shortlisted to design the UK’s National Holocaust Memorial.

I am truly honoured and humbled to receive a knighthood by Her Majesty the Queen for my contribution to architecture. I see this not as a personal celebration, but as a celebration of the vast potential—and responsibility—for architecture to effect positive social change. that we as architects have to bring something positive to the world. I am proud to continue to work in service of this mission as a global cultural ambassador for the UK. 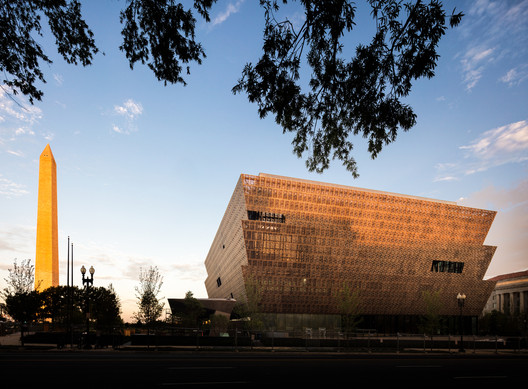