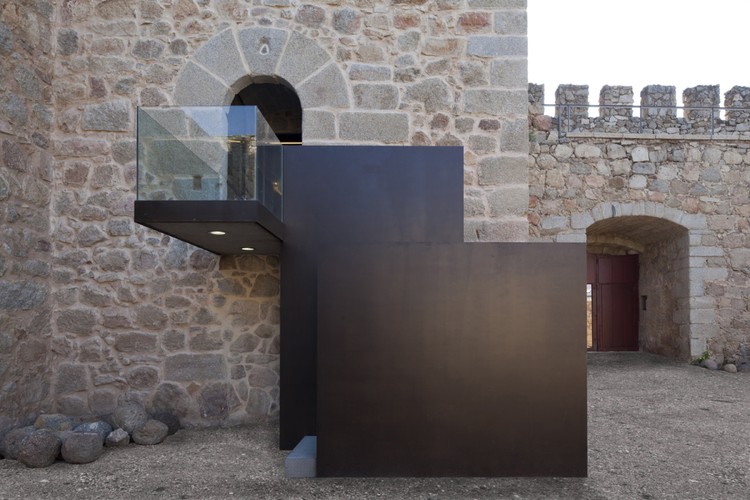 Text description provided by the architects. La Coracera Castle, in San Martin de Valdeiglesias, was declared Historic Heritage Site by the Comunidad de Madrid. It was built in the mid-1400s by Don Alvaro de Luna, Constable of Castile and favorite of King John II. Today it is part private and part public property. In order to revitalize it, it was planned to transform it into a multiple use space, to hold exhibitions, lectures, chamber concerts and activities relevant to its potential use as a Museum of Wine of Madrid.

A basic project was developed with the aim to set the standards to follow in the future restoration, protecting its lands, the nearby surroundings and the areas that could spoil the views from the fortress. The final goal was to turn it into a prime touristic and cultural facility, beyond local and regional limits. A project of this scale, financed with public funds, required very distinctive phases.

The keep is the outstanding volume of the castle, with a virtually square floor plan and three turrets on the east wall. The average width of the walls is more than 3 meters. Its height, from the ground to the upper terrace is around 20 meters.

The previous state was the product of a renovation implemented 60 years ago. It had a ground floor transformed into a wine cellar, with an access through an entrance from the same period, before the first courtyard and on the south façade. This ground level had a solid brick barrel vault completely plastered.

For defensive purposes, the entrances were in high positions. The first one was on the west wall and the access was through a removable ladder that could be withdrawn in times of danger. The second was on the northeast cube, at the first floor level, and it connected with the so-called “albarrana” tower through a drawbridge.

The two noble floors are reached trough the stairs along the south flank. Halfway there is a small landing from which there is access to the “chemin de ronde” on one side and to the first floor on the other. On this level is what must have been the main hall, probably divided in several rooms. Following the stairs, through a flight of overhang steps of an uncertain date, we arrive to the upper room. This vaulted second floor, which combines medieval openings and more recent ones, had important water damages on the cracks along the curved surface. On this level there is a staircase inside the central turret that leads to the rooftop. The curved hall where it finished is one of the most atrocious interventions implemented in the 1940s, with poorly made mullioned windows along its perimeter, which had to be corrected with less picturesque proportions.

The solution for the former wine cellar is remarkable. Now it is a sample and wine tasting room with independent access from the outside. A metal structure, that reminds of the old metal wine racks still present in some homes, was designed a separate piece of furniture, set apart from the walls, to allow a full view of the vaulted room. The ceiling was used for a small lecture hall, with an entrance from the “plaza de armas”.

The stone structure is not covered when its quality and authenticity deserve it. It was cleaned and repointed with a finish similar to that of the exterior walls. A similar criterion was applied to the brick arches and vaults which, against some theories, were never un-plastered and even it they were, its state of superficial deterioration did not allow its recovery.

The exterior openings were closed with stainless steel profile, sandblasted, always accessible and with a minimum impact section to allow the full perception of the medieval opening. The two main halls are directly connected by a spiral staircase with a solid curved wood frame as a banister. The access to this whole area is through a new exterior staircase with metal steps, wrapped in two parallel COR-TEN steel plates. 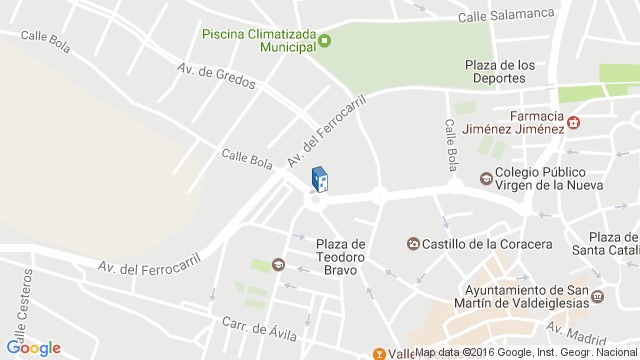