Save
Hexagons for a Reason: The Innovative Engineering Behind BIG's Honeycomb
Share
Or
Copy

BIG are known for unconventional buildings that often raise the question “how were they able to do that?” Such is the case for BIG’s Honeycomb, a luxury eight-story condominium currently under construction in the Bahamas. The project’s hallmark is its hexagonal façade made up of private balconies, each with its own glass-fronted outdoor pool. The façade was also the project’s greatest engineering challenge, with each balcony (including pool water) weighing between 108,000 and 269,000 pounds (48,000-122,000 kilograms) while cantilevering up to 17.5 feet (5.3 meters) from the structure. Tasked with this challenging brief were DeSimone Consulting Engineers, who previously worked with BIG on The Grove. Read on for more detail on the Honeycomb’s innovative engineering. 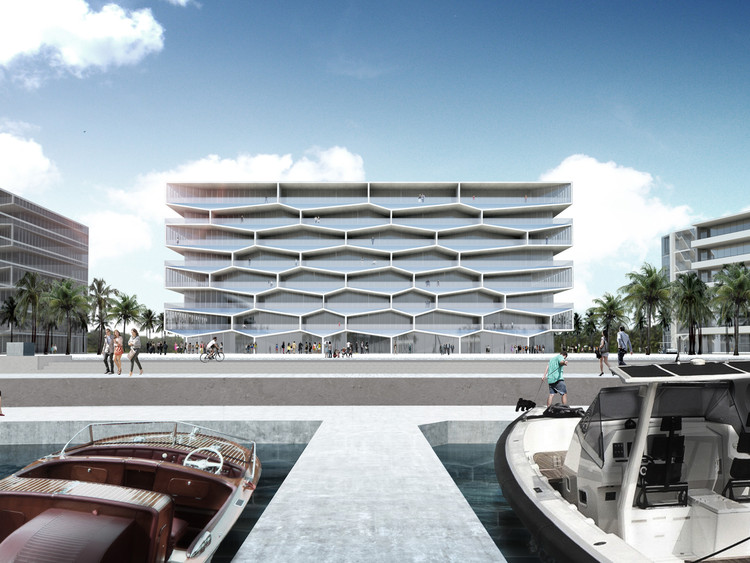 Central to the Honeycomb's design of is the use of a specially engineered concrete “superslab” which is able to cantilever over 17 feet without wall brackets below. This was achieved by reducing the slab’s weight while maintaining its strength and stiffness. As explained by Bill O'Donnell, the project lead at DeSimone, “to control deflection and reduce self-weight, 12-inch (300 millimeter) diameter tubes were embedded in a 17-inch (430 millimeter) thick conventionally reinforced roof slab.” These voids hollow out the slab, reducing its weight and increasing the section’s overall efficiency. This step also “eliminated the need for a post-tension slab, further reducing the overall weight and reducing the cost of the project.”

The balcony decks themselves are constructed from a 13-inch (330 millimeter) thick conventionally reinforced slab. What is especially clever, and what allows the slab to be kept at 13 inches, is that the slabs “fold down at the deepest point of the pool to align with the shear wall of the lower unit” for extra support.

Because of the staggered partition walls and varied façade, these shear walls sometimes connect to a structural column, acting “as a rigid bracket supporting the slab above and below." At other junctions there is no column - here “the wall is not as stiff in these locations but still carries vertical load back to the column strip.” These 18-inch (450 millimeter) thick concrete shear walls not only increase structural support, but join into the sloped pool floors in order to form the hexagonal honeycomb structure.

While the depths of the cantilevers allow for plentiful outdoor space, the balcony’s utilities added further challenges. Both the summer kitchen and pool required a host of services, while also needing waterproofing and long-term serviceability. This meant the need for thoughtful detailing, with “nearly a dozen conduits that had to be carefully placed to get across the column strip and emerge on the sloped slab in the proper location”. The concrete shear walls were also once again utilised, with embedded pool drains serving as a path for balcony drainage.

Because of the Honeycomb’s innovative structural system, conventional materials were able to be used, but used carefully. As all the concrete in the building is conventionally reinforced cast-in-place concrete, special attention was paid to the concrete mixture itself. To ensure durability, “limiting initial soluble chlorides, providing a tight water-cement ratio, and additional concrete cover over the reinforcing steel were critical design measures.” Finally, for further protection, an integral waterproofing admixture and surface applied coating were also used. 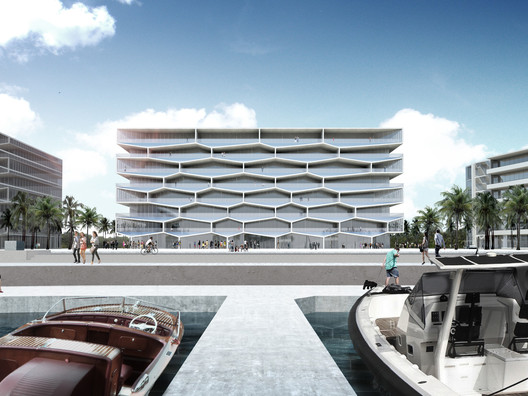