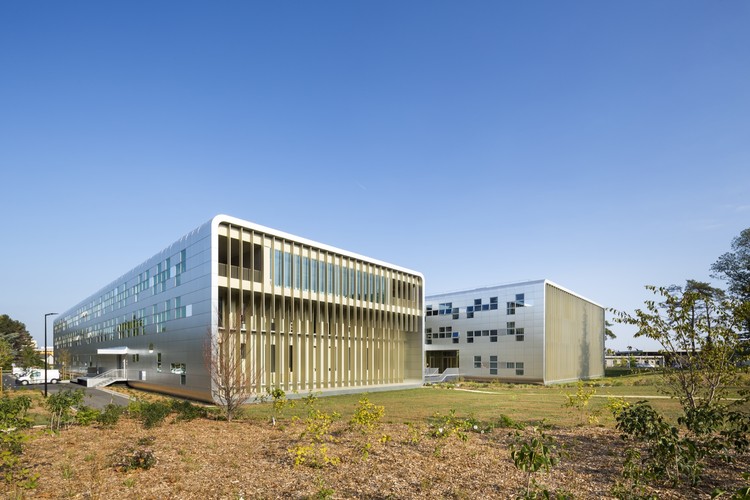 Text description provided by the architects. The new building of the CHU de Poitiers gathers all the administrative services, which were originally scattered around the campus of la Milétrie, in a single place. The personnel, whose members have been working without ever meeting or seeing each other, are henceforth grouped together in the same building.

It is mainly comprised of an agora in the middle of a wooded park, a genuine public place of exchange, generating links and encouraging sociability.

The project is based on three powerful ideas:
-Placing the landscape of the site in the heart of the project,
-Creating brightly lit work spaces and friendly spaces for sharing,
-Proposing iconic architecture as a landmark in this vast area

More than just the form, the originality of the administrative building of the CHU de Poitiers resides in the ambiguity created inside and on the exterior by the presence of an immense central lobby.

The project of the CHU of Poitiers is composed of two E-shaped branches joined by the large central void, the agora. The site is characterized by the presence of a magnificent wooded landscape and a traffic circle that will undoubtedly become a new axis for entering the CHU.

The two naves frame the landscape. The ETFE roof further links these volumes, creating a sort of display case for the scenery. In this interior/exterior space, plants and a waterfall are domesticated evocations of a luxuriant natural environment.

The two branches of the building are placed in parallel and, through a series of gaps and raised volumes, the forecourt and the lobby can be seen from the intersection. These branches enjoy interior patios and generate pleasant workspaces and an interior distribution that enjoys generous natural light, all brought together around the great central plaza.

The interior street, the first contact with the administrative building serves as reception area and visitor orientation, while also offering a pleasant environment for users. Spaces designed for rest and relaxation and sharing are made available on every level; they all benefit from natural light and the views offered by their triple height volume. 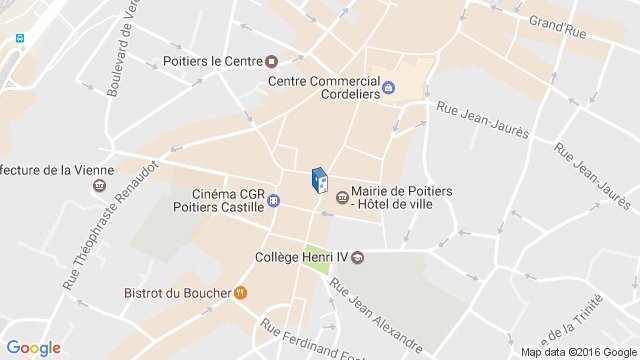 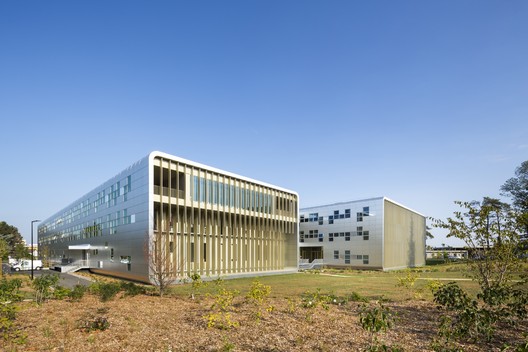