The winners of the Kunstsilo (Art Silo) competition to convert a 1935 harbor-side grain silo into an art museum in Kristiansand, Norway have been announced, with one overall winner and five runners up. MESTRES WÅGE ARQUITECTES and MX_SI ARCHITECTURAL STUDIO, a team from Barcelona, have won the competition, out of 101 proposals, with their concept, SILOSAMLINGEN (“The Silo Collection”), which, according to the jury, “demonstrates a crystal-clear combination of architectural self-assurance and humble respect for the silo building and its newly assigned task.” 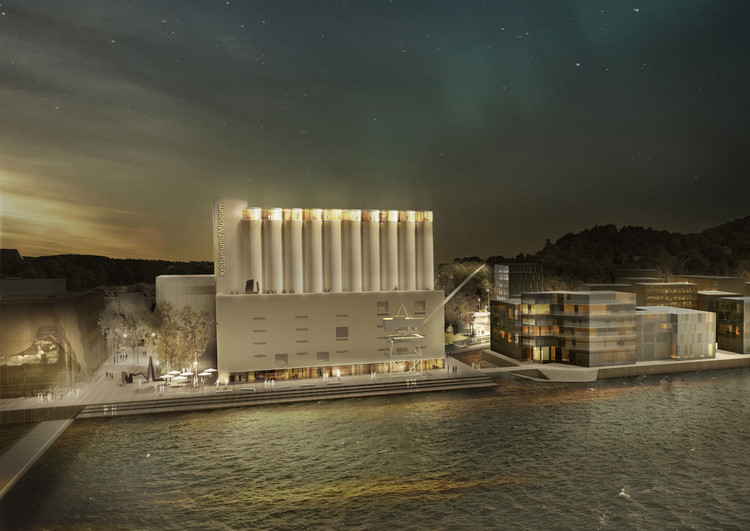 The proposal utilizes several uncompromising cuts to the silo’s interior, in order to open the space up to more light and create a sense of character for the new museum. The existing space is considered to be one of Norway’s finest examples of Functionalism and was additionally one of the first grain silos in the country to be constructed with cylindrical cells made of reinforced concrete.

Four additional runners-up were selected by the jury:

Project planning for the winning design will begin in 2017 so that the museum can be opened to the public in 2020.

News via: Kunstsilo and Galmstrup. 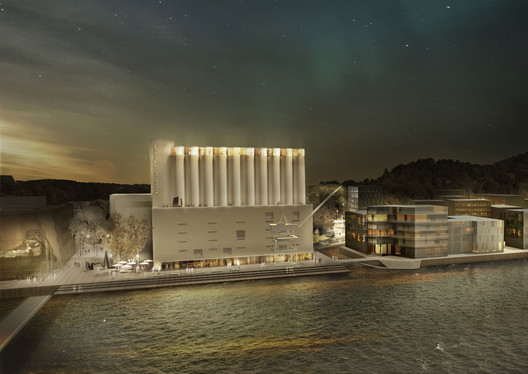