Save
ANS Office / Ahead Concept 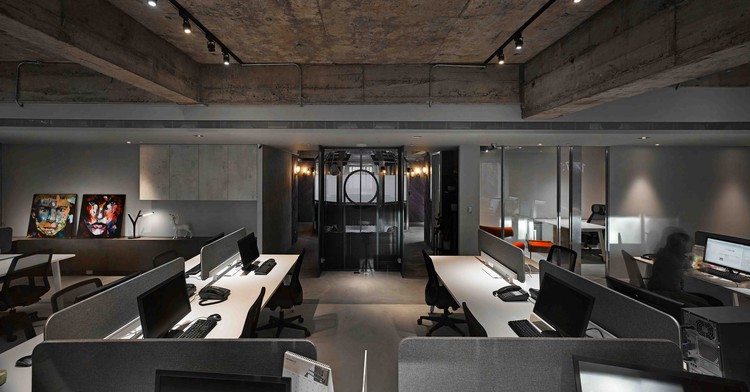 ANS head office is in the practice of defining the “near future style” with a simple vision that revolves around the future of humans in the respective space.

The near future style shall promote the interaction of human and space through minimal design. The original spatial state, including the nude-installed ceiling and self-leveling cement floor, as well as the changing nature of shadows and tree colors, creates a space that seemingly has no design. Furthermore, large amounts of rough raw materials, such as wood veneer, original iron pieces, and unadorned galvanized iron, are used to construct a slightly scientific atmosphere. We simultaneously insisted on providing decorative touches in many details in order to create a unique “deliberately natural” feel with the raw materials and give the office a cool yet magnificent feeling with a little sense of conflict. Upon entering, the user shall be incorporated into the atmosphere, and the clothing and interior design will interact with one another to complete the sense of value.

Previously, humans have often imagined that the future would be full of high technology and a scientific atmosphere, along with astonishing automation convenience, which breaks the link with the space and causes people to lose self. We have designed the ANS head office to make people rethink the relationships among humans, work, and space; the space shall be a vessel that responds to need, while the people that fill the office are the element that truly reflect style and character. 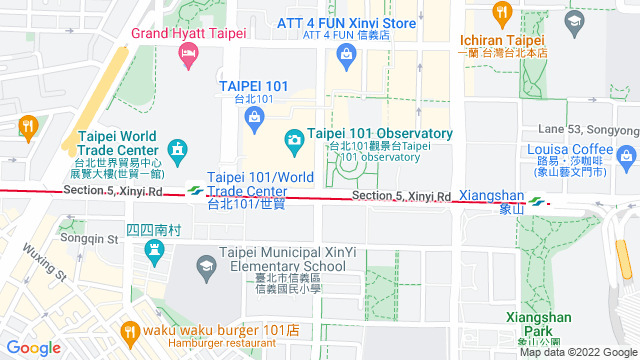 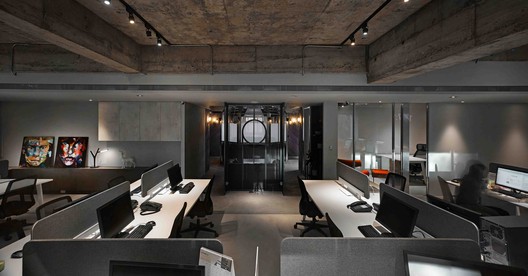